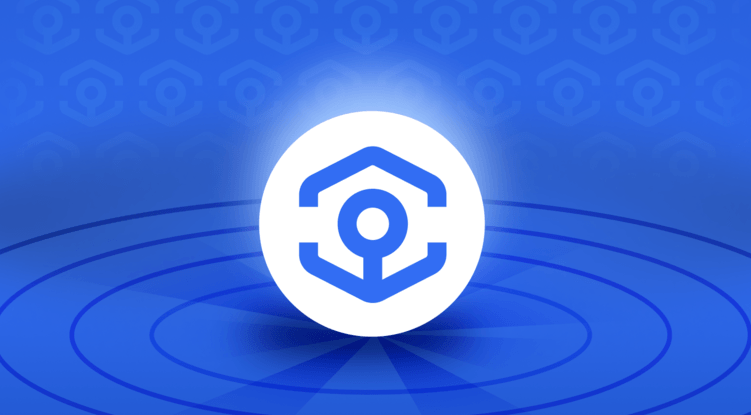 Review of the Ankr Project- Introduction to Ankr

This Ethereum-based project was built with a focus on optimizing the use of unoccupied cloud servers around the world. The goal was to use the data servers to boost Bitcoin mining, hosting, and the Internet of Things (IoT). However, over the last two years, the project has set a new target to use the node infrastructure for the development of Web3. Basically, Ankr aims to create the decentralized equivalent of could services such as Microsoft Azure or Google Cloud Platform. This allows developers to afford the servers they need on the one hand and data centers to monetize their computing power on the other hand.

In case you are unfamiliar with Web 3.0, it is the third generation of the web that focuses on the blockchain and artificial intelligence to develop a decentralized version of the apps we regularly use, such as social networking apps, utility apps, games, search engines, etc. Web 3.0 heavily relies on blockchain nodes for development and advancement; therefore, as long as the new Internet generation grows, there is a demand for projects that build on this valuable technology. Ankr aims to push Web 3.0 forward by providing developers with multi-chain tools and node infrastructure while remaining faithful to the essence of Web 3.0, i.e., decentralized data storage and governance.

Who are the Founders of Ankr?

The platform was co-founded by Chandler Song and Ryan Fang in 2017. Chandler got his BS in Electrical Engineering and Computer Science at the University of California in 2017, and Ryan earned his bachelor’s degree in Statistics from the same university in 2018. Ryan also has a degree in Business Administration. Chandler had worked with Amazon for almost a year (from 2017 to 2018), five months as an intern, and six months as a software engineer.

During his employment at Amazon, he met Stanley Wu, who had worked with Amazon for more than 11 years. Stanely joined the founding team and is also the CTO of Ankr. Together, the three California University alumni created ‘the fastest, most reliable Web 3 infrastructure’. There are 23 other members from all around the world working with Anker in different positions. You can check other Ankr team members here.

How does Ankr Work?

Ankr connects developers to its network through Remote Procedure Calls (RPCs). There are three RPC plans: Community, Premium, and Enterprise. Those who wish to use the community service will only need to set up an account and copy the public PRC endpoints and paste it into the project code to get free access to the service. However, those who want to use the Premium account must connect a wallet to their account, request a Premium account, and when it is created, they must deposit a minimum of 1,000 Ankr. Then, when the security and cryptographic procedures are applied, the RPC Load Balancer connects the users to the most suitable server for the demanded processing.

The hybrid mechanism combines an infrastructure of cloud storage with bare-metal servers to bring about the highest speed, reliability, redundancy, and decentralization in a Web 3.0 environment. In other words, the Load Balancer examines the blockchain and assigns users’ requests to the server that can best fulfill the request.

The examination is based on three conditions: Node health (whether the nodes are synced with the blockchain or behind in blocks), geographic location (identifying the nearest nodes with the fastest response rates), and workload (distributing the workload across all active nodes). If a node fails to respond to a request, it will be handed over to another node, and if a node malfunctions, the network’s monitoring system will detach it from the Load Balancer, and users’ requests will no longer be assigned to that node.

Ankr network’s nodes are categorized into three groups: the Archive nodes are responsible for storing a copy of the created blocks from the beginning to be used in case historical data is needed. (2) Full nodes maintain the current state of the blockchain, and (3) Light nodes contain only block headers and help full nodes to stay updated. The Archive nodes have the most capabilities but require more professional hardware. Full nodes and Light nodes are used for the chain’s current state and help the network with tasks such as executing transactions and checking if they have been verified. Additionally, Ankr uses cache servers to fulfill users’ requests in a shorter time.

What are the Advantages of Ankr?

-Blockchain for everyone: Anyone with a laptop or PC can use their computer’s idle resources to contribute to Ankr’s network and receive rewards in return. In other words, Ankr has created an ecosystem where casual users can have a share in the development of Web 3.0.

-Excellent use case: The project is efficient in using the cloud servers sitting somewhere collecting dust. Moreover, the provided service competes with the centralized versions of the cloud storage and processing services provided by Microsoft and Google. The platform can be used for in-game transactions and game optimization for Web 3.0, integrating NFT capabilities like minting, connecting several blockchains, etc.

-Functionality: The Ankr has a node auditing mechanism that allows only the secure nodes with qualified performances to be chosen as verification nodes based on their reputation and contribution to the network. Additionally, the implementation of Proof of Useful Work (PoUW) facilitates block creation, increases blockchain security, and significantly reduces energy consumption.

-Staking: The Ankr ecosystem also has a staking feature that allows users to serve as a node or support the validator nodes in the network. Stakers also have a voting right to decide the Ankr governance and determine which node providers are admitted to provide traffic in the network.

What are the Limitations of Ankr?

Although Ankr has come up with an innovative and unique solution to use data centers around the globe, it has to compete with IT giants such as Microsoft and Google, which offer the same service and are far more popular. Furthermore, regarding the blockchain domain, projects such as Golem function similarly to Ankr; thus, Ankr must survive the competition.

Based on our analysis of the Ankr project, it has a bright future ahead of it. The platform has created an environment where both node providers and node users (developers) can benefit from blockchain technology. Also, implementing the appropriate software and hardware mechanisms makes the project very cost-efficient and environment-friendly. But it still has to surpass other similar projects to maintain and even improve its place among other similar projects.