Since its last ATH on November 8th, 2021, Bitcoin’s biannual chart shows an overall downward trend, and other crypto assets have more or less followed the example. Luna, however, had an ascending biannual trend and hit an ATH of $116 on April 4th, 2022. But tables turned, and Luna’s price plummeted to a historic low.

At the time of writing (5/19/2022), Luna has a CMP of $.00019 and a daily market cap of $2,981,944,602, according to coinmarketcap.com. Of course, volatility is typical of the cryptocurrency market, but what happened to Luna, as the token of solidly backboned project, Terra, set a record in cryptocurrency history. In this review, we analyze Luna’s price movements and how eventually, the project came to an end.

Luna is the native token of Terra Money, a blockchain project that aims to maintain price stability by relying on ‘elastic monetary policies’. Luna tokens back the algorithmic stablecoin issued by Terra (TerraUSD, also known as UST). To keep TerraUSD at a $1 value, Terra offered 19.5% staking rewards in a project called the AnchorProtocol. Additionally, Do Kwon, the founder of Terra, established the Luna Foundation Guard (LFG) to normalize the peg.

LFG initially had about $2.3 reserves in Bitcoin and planned to enlarge the reserve to $10 billion. The Bitcoin reserves were to be used to buy UST in case its value decreased to less than $1. Conversely, if the value of UST went above $1, LFG would sell UST until its value reached $1, and the attained profit would be used to expand the Bitcoin reserves.

The Destruction of Terra

In order to better understand what happened to Terra, you need to know about stablecoins. Stablecoins are designed to hedge the traders’ assets against the volatile cryptocurrency market. There are two types of stablecoins. (1) Traditional stablecoins are pegged to fiat currencies.

For example, USDT and USDC are pegged to the US dollar, meaning that every USDT token is backed by one dollar. On the other hand, (2) an algorithmic stablecoin is backed by a cryptocurrency; in other words, there is a one-on-one ratio between the stablecoin and the cryptocurrency. For example, in the case of Terra, 100 TerraUSD must be burned to mint $100 worth of Luna tokens, and to mint 100 TerraUSD, $100 worth of Luna must be burned to maintain price stability for TerraUSD.

Luna’s catastrophe started on May 7th, 2022, when over $2 billion worth of UST was unstaked and withdrawn from the AnchorProtocol, and most of it was sold on the spot. The sell-off slashed the UST value to 91 cents, and traders seized the opportunity to buy Luna at a lower price, exchanging 91 cents for $1 worth of Luna. UST selling rally continued until the daily UST/Luna exchange limit ($100 million) was reached.

The balance between Luna and UST was lost, and UST had effectively lost its peg. Traders, unable to exchange their UST with Luna, rushed to sell their UST deposits, further devaluating UST. Eventually, UST price reached $.12, and the market cap, previously around $18 billion, dropped to $2 billion. Naturally, UST’s sister token, Luna, plummeted in price and crashed to $.00019. In other words, traders rushed to burn UST and mint Luna, and as Luna inflated, its value dropped.

Apparently, LFG’s Bitcoin reserves have not been used yet to drag Terra out of the mud. Instead, $1.6 billion worth of Bitcoin has been transferred from LFG wallet to Gemini exchange and another $875 million to Binance. In other words, Terra is not willing to risk the reserve funds to resuscitate a dead project. However, Terra’s CEO has not given up on the project. On May 13th, 2022, Kwon suggested forking Terra, i.e., creating a new blockchain project based on the Terra model but modifying its flaws and defects. The creation of the new blockchain would be accompanied by the distribution of 900 million Luna tokens among the UST and Luna holders.

Additionally, 100 million Luna tokens would be dedicated to Terra’s community pool for future developments. The forking of Terra will be put to the vote, and if Luna holders vote for it, Terra will immigrate to a new blockchain, and the existing one will be referred to as Terra Classic. Forking Terra is essentially resetting the project, and some crypto analysts believe it is a futile attempt. For example, Changpeng Zhao, Binance CEO, called Terra’s forking plan ‘wishful thinking’ in a tweet. 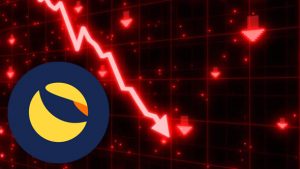 Volatility is the essence of the cryptocurrency market, no matter what the asset is. Luna is an instance of this statement; an asset trading at around $120 in its prime, suddenly crashed to less than a penny. According to the users’ comments and reviews regarding Luna, some holders have lost their entire life savings on the death of Luna. While Terra should be held responsible for the project’s desolation, Luna holders must not have put all their eggs in one basket. Investing in the cryptocurrency market necessitates careful risk management and portfolio construction.