EU Leaders Agree to Shore up the Budget as Brexit Bites

EU Leaders Agree to Shore up the Budget as Brexit Bites – EU European Council Meetings took place on Friday and EU Council President Donald Tusk made the following comments: EU leaders agreed to spend more on migration, defense and security and all EU leaders are ready to work to modernize the budget, some ready to contribute more. Reaching an agreement on the budget this year appears difficult. EU leaders endorse downsizing European Parliament to 705 seats from 751 seats. He hopes to get more clarity on British views on future relations after Brexit discussions next week. 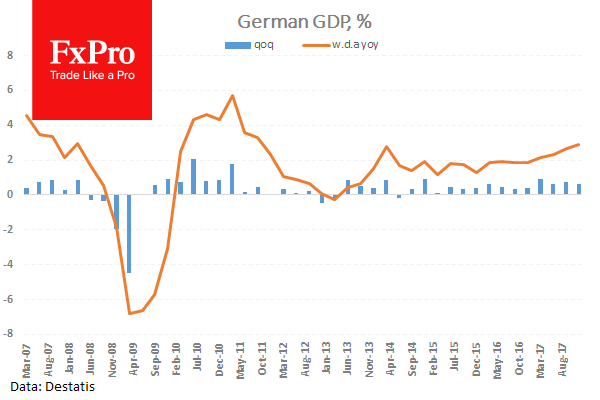 UK BOE Ramsden spoke at a panel discussion titled “Tackling the UK’s Productivity Challenge” at the East of England Confederation of British Industry event, in Cambridge. He made the following comments: The MPC’s judgment is that productivity growth will settle at just over 1% over the next three years. Structural shocks to the economy from Brexit can’t be offset by monetary policy. The pace of productivity influences what happens to inflation. Still no confirmation that productivity pickup is sustained in the near-term. UK business investment has been unusually weak relative to past recoveries. There are significant risks in both directions to the outlook for productivity. Naturally lower productivity growth and the dampening effect of Brexit are risks to productivity. 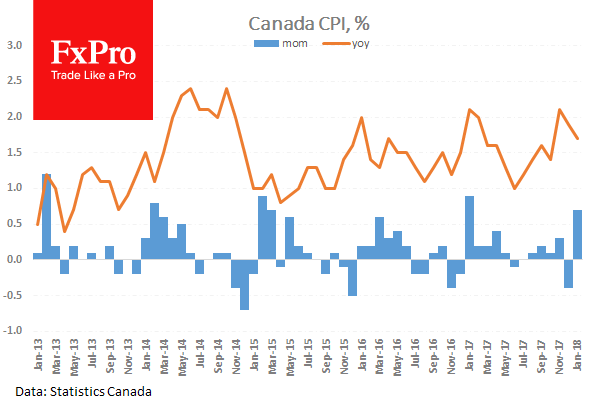 US Fed’s Dudley and Federal Reserve Bank of Boston President Rosengren spoke on a panel discussion about the Fed’s balance sheet at the United States Monetary Policy Forum, in New York. They made the following comments:

Dudley: QE still useful tool at zero lower bound. Bond portfolio run-down essentially on autopilot: has not disrupted markets. We should not care about treasury yields alone. The balance sheet is likely returning to 2 trillion or more.

Rosengren: Likely to have low real rates for some time and we will need QE again in the future. Expect low rates for some time due to slow US productivity, labor force growth. Large US deficits now make it more difficult for fiscal policy to curb future recessions. Quite likely Fed will need bond-buying policies in future. Also said he was not a big fan of negative interest rates.

Baker Hughes US Rig Count numbers were released, coming in at 799. The prior number last Friday showed that there were 798 Oil rigs in operation.

US FOMC Member Mester spoke at a panel discussion about monetary policy objectives at the United States Monetary Policy Forum, in New York and made the following comments: The labor market is strong and inflation is expected to rise to 2%. A smooth transition to new Fed leadership is underway and the economy is coming back to normal, with the Fed’s policy normalizing. She is open-minded on the need to alter Fed policy framework and the bars should be high for altering Fed policy framework. She backs the beginning assessment of said framework later in 2018. The negative rates work better in Europe than we expected.

ECB’s Coeur spoke on the same panel and made these comments: With the current share of the bund free flow constituting already a small fraction of the total outstanding, additional purchases become less necessary to contain the term premium at low levels. The amount of purchases needed to deliver a given compression of the term premium is likely to fall over time. In the future, the euro system can retreat as a buyer in the market, without risking an unwarranted decompression of the term premium. The stock effect of QE reduces the need for new purchases. The negative rates have not caused adverse negative effects. The ECB’s pace of communication is complicated by the region’s diversity.

US FOMC Member Williams spoke about economic and monetary policy at the City Club of Los Angeles. His comments were: The financial system now looks good, well-capitalized. The US labour market looks very strong and we are seeing some pickup in wage growth. Despite tailwinds, the US economic outlook is no different than prior years and the economy is improving broadly across sectors. The global economy is very good and improving, and financial conditions overall are still supportive of growth.

Inflation is picking up as transitory factors begin to fade. The Fed’s guidance calls for gradual rate hikes and he expects that to continue but would have to reassess policy if inflation came out stronger. The tax cuts will have a moderate economic growth impact over the next several years. The Fed aims to keep the economy in balance to avoid overheating and needs to prepare to have tools for the next recession. It will be a challenge for China to manage debt build-up.

At 13:00 GMT, US Fed’s Bullard is due to make a scheduled speech with comments having the potential to move USD pairs.

At 13:30 GMT, US Chicago Fed National Activity Index (Jan) is expected to be 0.15 against a previous 0.27, with this data having the potential to move USD pairs.

At 14:00 GMT, ECB President Mario Draghi is due to testify on monetary policy and the inflation outlook before the European Parliament Economic and Monetary Affairs Committee in Brussels. 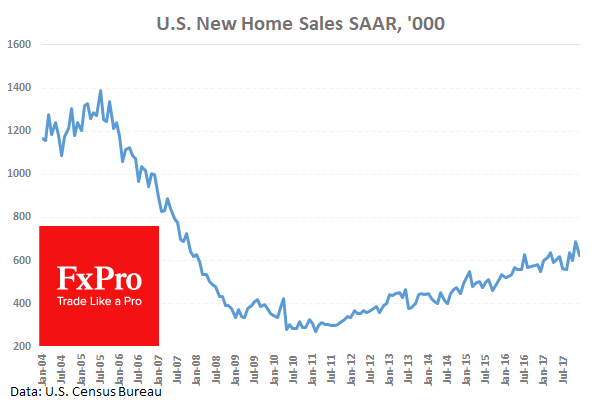 At 18:00 GMT, UK MPC Member Cunliffe is due to deliver a speech titled -What is Money? 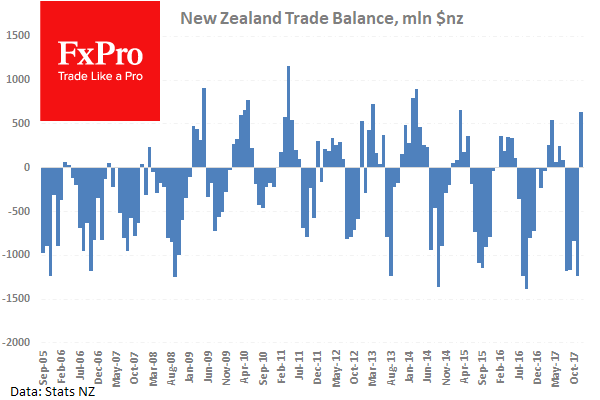 Major data releases for this week:

On Tuesday, at 13:00 GMT, German Harmonised Index of Consumer Prices (YoY) (Feb) will be released.

Also on Tuesday, at 13:30 GMT, US Fed’s Powell is due to testify on the Semi-Annual Monetary Policy Report before the House Financial Services Committee, in Washington DC, in his new capacity as Chairman.

On Wednesday, at 10:00 GMT, Eurozone CPI Data will be released.

At 13:30 GMT, US GDP data will be published along with Core Personal Consumption Expenditures for Q4.

On Thursday, at 13:30 GMT, US Core Personal Consumption Expenditures for January will be released.

At 15:00 GMT, ISM Manufacturing PMI, and Prices Paid data for February will be published. 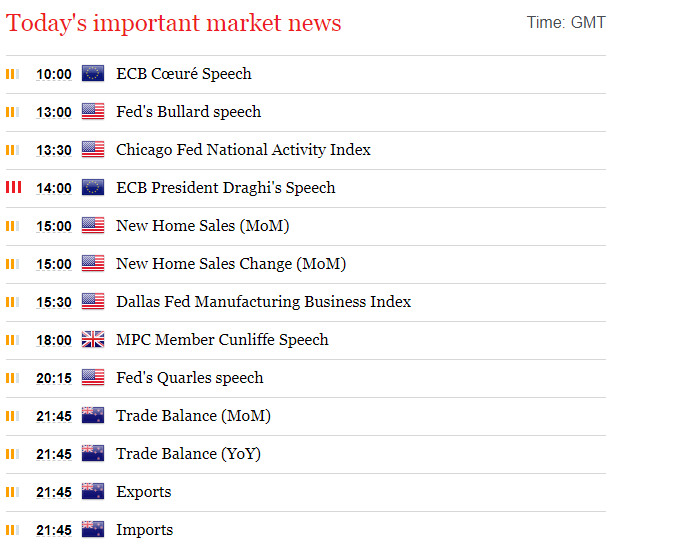