EUR/USD Analysis – The EUR/USD pair broke higher during the day on Monday, testing the 1.13 level for resistance. Ultimately, the market has been rather impulsive to the upside previously, so if we can break above the top of the candle for the session on Monday, we can reach towards the 1.14 handle above. If we can break above there, the market should then reach towards the 1.15 handle. Ultimately, I believe that the Federal Reserve is in a situation where it’s going to struggle to raise interest rates as much as previously thought. With this, I am mildly bullish. 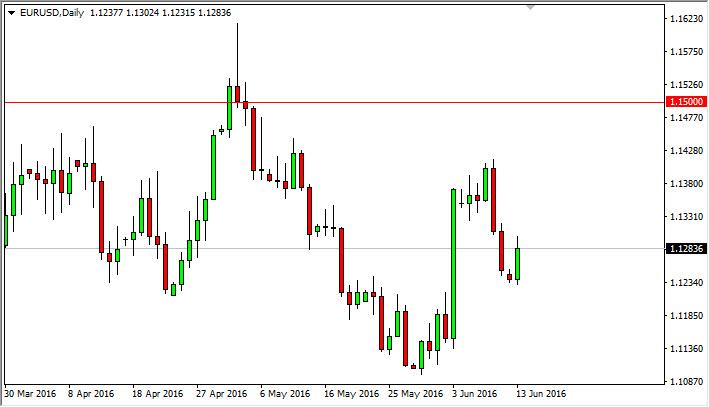 The EURUSD moved higher after falling through and then recapturing the 10-day moving average at 1.1281, which is now seen as support.  The currency markets are now experiencing whipsaw price action as traders prepare for a U.K. referendum vote as to whether to stay within the EU.  The Brexit vote is scheduled to take place on June 23, 2016.Resistance on the currency pair is seen near the June highs at 1.14.  Momentum appears to be stagnating, as the MACD (moving average convergence divergence) index is positive with a declining trajectory which points to consolidation. The relative strength index (RSI) which is a momentum oscillator that can also measure overbought and oversold levels, is printing a reading of 51, which is in the middle of the neutral range and reflects consolidation.  Levels above 70 are considered overbought while reading below 30 are considered oversold. 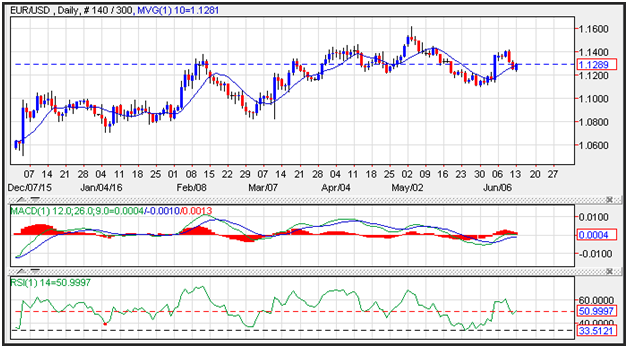