USD broadly declined as the markets digested the release of last month’s FOMC meeting minutes. Many FOMC Members are still concerned with persistently low inflation, which is perplexing many as the US experiences a strong labour force, low unemployment, an increase in average hourly earnings and falling Jobless Claims, which should create inflationary pressure – but has had little effect to date. However, the minutes showed most policymakers believe another rate hike later this year “was likely to be warranted”, although they will be assessing upcoming inflation data in the months ahead.

EUR continued its recent strengthening trend on Wednesday after Spanish Prime Minister Rajoy did not suspend Catalan’s Government, although he could start the process that would lead to such a suspension. Reports suggest that Rajoy will need an explanation from Catalan President Puigdemont as to his recent comments about his “mandate for independence” and his appeal for discussions with Eurozone members before advancing the process. Rajoy could still decide to disband the Catalan Government and move power to Madrid. The markets took this as a positive sign for the Eurozone and, subsequently, bought EUR against its peers, even though there is uncertainty as to how these discussions could pan out.

EURUSD is nearly 0.2% higher in early Thursday trading. Currently, EURUSD is trading near the session high at 1.1877.

USDJPY is relatively unchanged overnight. USDJPY is currently trading around 112.40. 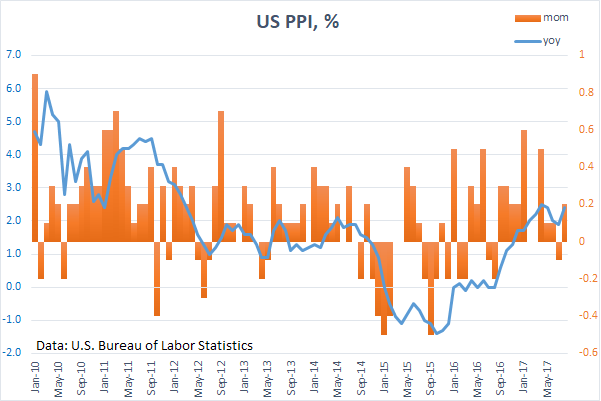 At 15:30 BST, the US Bureau of Labor Statistics, Department of Labor will release Producer Price Index excluding Food & Energy (MoM & YoY) for September. The Month-on-Month data is forecast to come in at 0.2% from the previous release of 0.1%. Year-on-Year is expected to remain the same at 2%. Producer Price Index (MoM) for September will also be released. Consensus is suggesting an increase to 0.4% from August’s reading of 0.2%. Such increases will add more likelihood for a rate hike in December by the Fed. 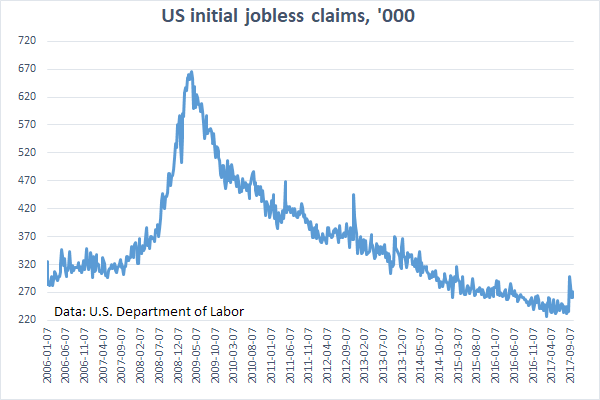 At 16:00 BST, the Chief Economist of the Bank of England, Andrew Haldane, is scheduled to speak as a panellist at the Rethinking Macro Policy Conference in Washington D.C.

At 17:30 BST, ECB President Draghi is scheduled to speak at the Annual Meeting of the World Bank Group and the IMF in Washington, D.C. 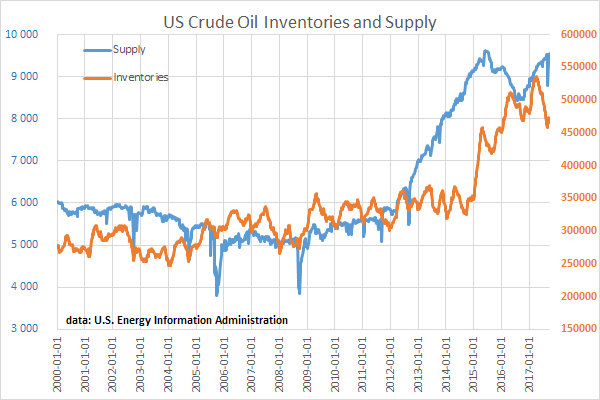 At 18:00 BST, the US Energy Information Administration will release Crude Oil Stocks change for the week ending October 6th. Another drawdown is expected of -1.8M, which is significantly lower than the previous drawdown of -6.023M.