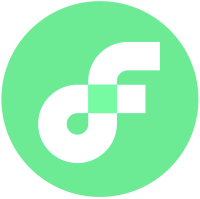 Things You Need to Know Before Investing in Flow – Introduction

If you are a fan of NFTs, chances are you have heard of the Flow blockchain. The creators of the Flow blockchain are the ones who created CryptoKitties, a game that allows players to breed, trade and collect virtual cats. In addition, Flow has hosted big companies such as NBA, NFL, and UFC for their NFT market. This article will go through key points about the Flow blockchain. After reading the article, you will know what the project is, how it works, and whether it is worth investing in.

What is the Flow Blockchain?

Before we elaborate on the Flow blockchain, it is worthwhile to briefly tell the tale of how it was created. The foundation of Flow roots in a Canadian company called Axiom Zen that supports startups. The company’s management team saw potential in creating NFTs; in 2017, they introduced the CryptoKitties. They used the Ethereum blockchain for the development of the game, which resulted in significant increases in ETH token value.

However, due to issues related to the scalability of the Ethereum blockchain, Axiom Zen decided to develop the NFTs on its own blockchain. Later the company established Dapper Labs, a programming company that inherited the CryptoKitties brand. Dapper Labs introduced the Flow blockchain in 2019 and launched it in 2020.

Flow is a decentralized platform for developing NFTs, dApps, games, etc. Dapper Labs has created the Flow blockchain for mainstream adoption. The Flow blockchain is mainly designed for entertainment and gaming. The blockchain has great scalability, allows for fast transactions and demands relatively low transaction fees. Flow’s ecosystem consists of various sections such as entertainment, development and startups. Evidently, CryptoKitties and NBA Top Shot are the most popular brand names associated with Flow. So far, several world-class companies have partnered with the Flow ecosystem. For example, in the gaming domain Animoca Brands and Sumo Digital, and in the crypto world, Circle and Binance have partnered with Flow.

Who are the Founders of Flow?

As mentioned above, Dapper Labs created the Flow blockchain. Dapper Labs’ founder is Roham Gharegozlou. He was born in Iran in 1990 and travelled to several countries before he settled in California, where he received his education. He has a BA in Economics and an MS in Biological Sciences from Standford University.

Roham started his financial activities at an early age and established his first startup in 2004 when he was 14. He founded Axiom Zen, a startup that supports startups, when he was living in Canada in 2013. Later in 2014, Axiom Zen laid the foundation for Dapper Labs, a software development company with a focus on the blockchain technology that created Flow. Roham aims to go beyond the Flow project and work on Metaverse to make it more decentralized. He is one of the figures in The Ledger 40 Under 40 in Fortune magazine.

How does Flow Work?

On a macro scale, Flow aims to create an environment where average users can conveniently use blockchain to realize their ideas. The Flow blockchain used to be centralized and could not address the scalability problem. However, the blockchain gradually fostered decentralization and continues to do so. Flow has its own programing language called Cadence. The language put’s the developer’s convenience first but is incompatible with EVM and Solidity. Flow network operates using four groups of nodes, each responsible for a task on the network:

Consensus nodes are responsible for maintaining the blockchain and adding new blocks to the chain. Consensus nodes use the hash reference issued by collector nodes and run a BFT algorithm to decide which transactions to include in the next block.

Execution nodes represent the blockchain’s computational capacity. The role of execution nodes is to execute the finalized blocks handed down by the consensus nodes and publish an execution receipt. The execution nodes use a chunking system that facilitates the verification of the blocks in the following stage.

FLOW is the native token of the Flow ecosystem. The token fuels the blockchain and serves as the payment method for applications developed on the Flow blockchain. The network nodes receive rewards in FLOW and can stake the tokens for more rewards. Furthermore, FLOW holders can use the token to pay transaction fees and participate in the project’s governance.

Creating NFTs: the Flow blockchain allows developers to seamlessly create NFTs and use them as in-game assets.

Team: The project’s CEO has a rich background in management and great leadership skills. Also, he has ambitious plans for contributing to Metaverse.

Staking: the main shortcoming of the Flow blockchain is that investors cannot easily stake FLOWs.

Centralization: Although Flow aims for decentralization, there are still concerns in this regard. For example, there are only seven execution nodes, and they are all powered by institutions partnered with Dapper Labs. Moreover, Dapper Labs runs about a third of the consensus nodes.

The Flow blockchain has close ties with the NFT market, and the project’s value reacts to NFTs’ price fluctuations. Also, the NFT market still has a long way to realizing its full potential, and it will experience substantial inflows in the future. Consequently, the Flow blockchain and the like will increase in value. Finally, since FLOW’s CMC is near its lowest price, it can be an excellent opportunity to invest in the project.

The guidelines we mentioned in this article are only for educational purposes. Please do not regard them as financial advice. Note that investing in financial markets requires a comprehensive trading plan. Any rash decision can easily spoil your capital.