Following the weekend Doha meeting where oil producers failed to reach an agreement, the markets opened today with risk off the table. Yen gained sharply while the reaction was muted in EURUSD and Gold, indicating that the current risk-off sentiment could be short-lived. Gold is likely to post a pullback ahead of further declines while USDJPY could start pushing higher over the next few days. 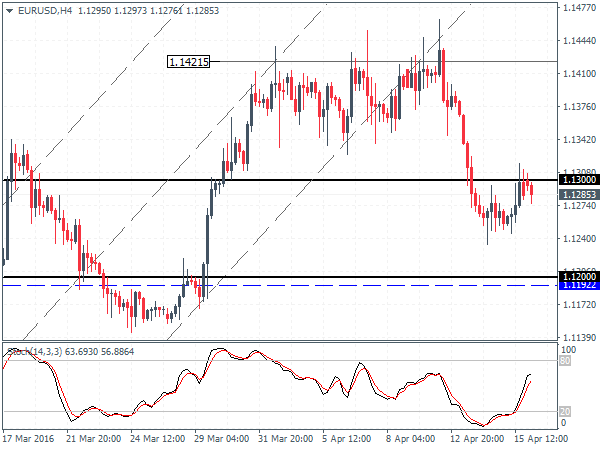 EURUSD (1.12): EURUSD closed the last two daily sessions with a small bodied spinning top/bottom patterns. Prices gapped higher in today’s session, and the current declines could see the gap being filled near 1.1284 and could potentially fall to the lower support at 1.120. To the upside, 1.13 will be the resistance level that needs to be broken, which was previously tested on Friday, which could then see a correction towards 1.135. The bias remains to the downside overall as long as EURUSD does not move above 1.140. 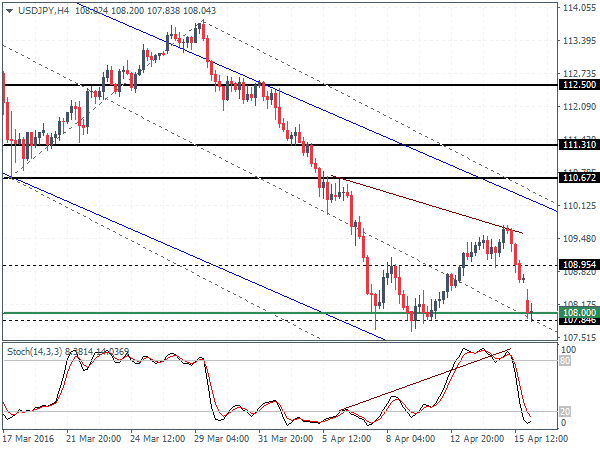 USDJPY (108.0): USDJPY gapped lower in today’s session following the reversal pattern last Thursday/Friday. Prices are currently back near the previous lows were seen on 11th April, near 108 region. If this support fails, USDJPY could be looking to post fresh lows with 107.5 likely to be the next target. Alternatively, a bullish close higher could see a potential change of the short-term trend with prices likely to move to 110.67 – 111.43 resistance. Watch the current 4-hour chart unfolds for a potential doji pattern which could validate this view. 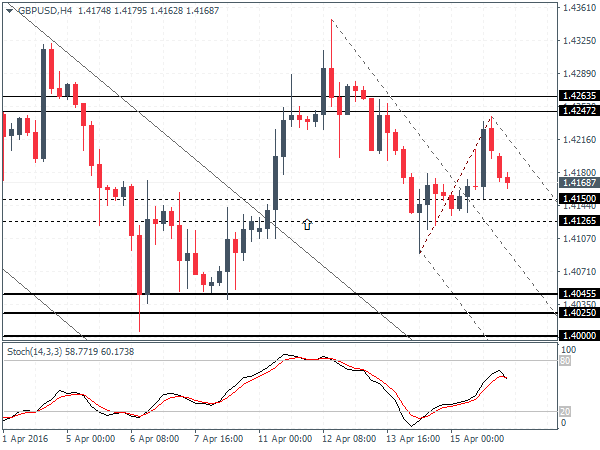 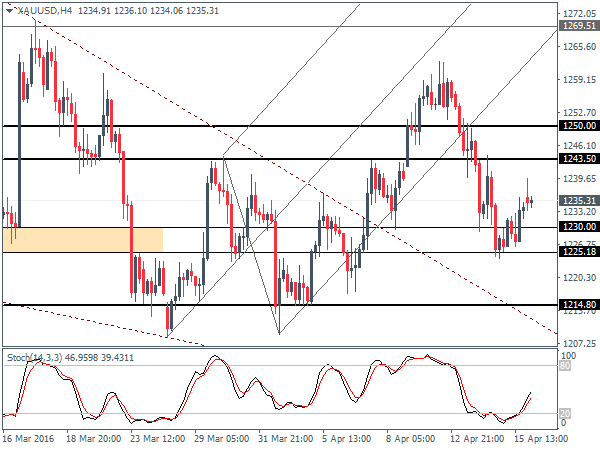 Source: Orbex Forex Broker(Review and Forex Rebates Up to 85%)