Forex Daily market.President Trump has spent yesterday in Europe where he attended a NATO meeting before traveling to the UK. He left Brussels with the commitment of NATO members to meet their agreed 2% spending target. Reports from the meeting suggested that he threatened to pull the US out of NATO if this wasn’t agreed which led to a knee-jerk selloff in markets at around 08:55 GMT yesterday.

He conducted an interview with the Sun newspaper in the UK where he is reported to have said that May’s plan for a softer Brexit “will probably kill” any future trade deal with the US. He said that PM May ignored his advice for a hard Brexit and that Boris Johnson would make a great PM. GBPUSD has sold off since the comments were reported, falling to a low of 1.31641. The Brexit White Paper released yesterday created little movement in markets. Next week will be important for GBP with economic data being released which will impact the BOE August rate decision, a key driver of direction in the currency.

Eurozone Industrial Production w.d.a. (May) was released with the numbers coming in at 1.3% (MoM) and 2.4% (YoY) against the consensus of 1.2% (MoM) and 2.1% (YoY) from a prior reading of -0.9% (MoM) and 1.7% (YoY) with the previous (MoM) reading revised up to -0.8%. This data was expected to increase today and did not disappoint with the monthly figure moving back into positive territory after falling under zero last month. The expected rise in the data is positive after months of sluggish economic data coming out of the Eurozone. EURUSD moved higher from 1.16728 up to 1.16891 where it consolidated for a period of time. 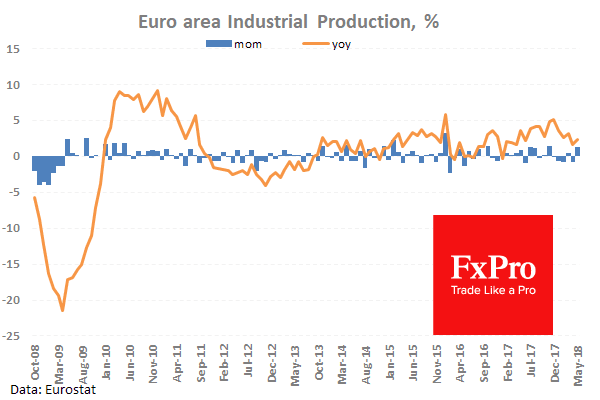 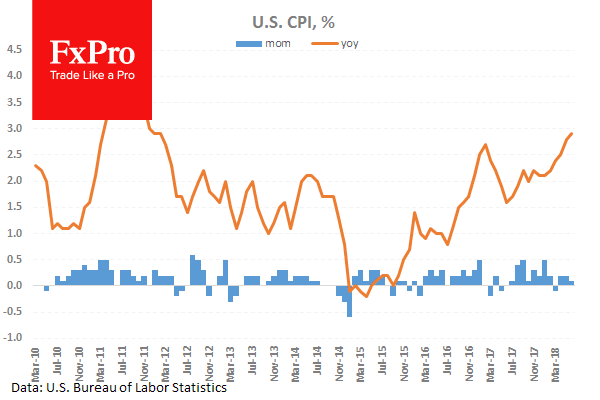 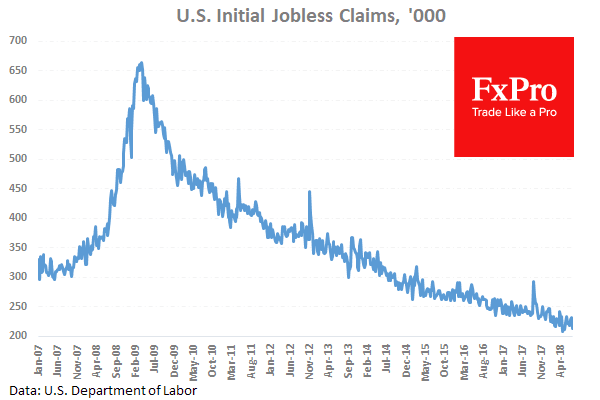 The US Monthly Budget Statement (Jun) was released with a number of $-75.0B against an expected balance of $-98.2B from a previous $-147.0B. This data has remained firmly in negative territory as seasonal factors affect the calculation of this metric. The previous reading dropped from the high in April 2018 of $182.4B. USDJPY moved higher from 112.411 to 112.534 after this data release. 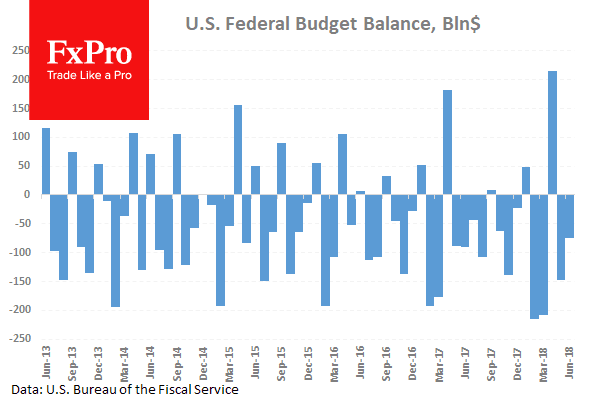