Gold Analysis – prices were steady near 1,332.00 per ounce, after ranging between 1,328.50 and 1,335. A firmer dollar has limited upside potential. A stronger than expected U.S. Housing Starts held the dollar gain traction. The gold market will be eying upcoming central bank meetings, where further easing could dent gold sentiment further. 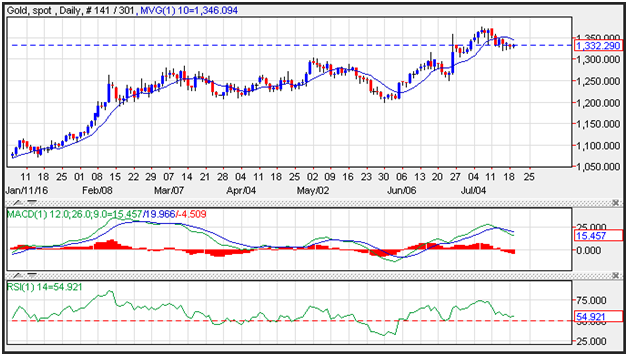 Comment: the upward potential is likely to be limited by the resistance at 1337.00.