Gold continued to gain in trading today to reach 1239.80 as the fall in oil prices stresses investors as well as the ongoing political situation in Greece. Gold added $7 today after gaining steadily on Monday. Oil fell 5 percent to its lowest in nearly six years on Monday, extending the second-deepest rout on record, after Goldman Sachs warned that prices would fall further and Gulf oil producers gave no indication of cutting output. Gold, typically seen as an alternative investment to riskier assets such as stocks, rose as investors’ channeled money into the asset. Weaker oil prices tend to hurt gold as they reduce the need for the precious metal as a hedge against oil-led inflation. But as equity markets have recently been hit by persistent weakness in oil prices and concerns have risen over the economic impact of lower oil, flight-to-safety demand has bolstered the metal.

Bullion also drew support from the Asian physical markets, with buyers in China stocking up for the Lunar New Year holiday in February. A report issued by PGM today said that the macro environment is likely to be pivotal for the precious metals in 2015, in particular given the expectation that the dollar may strengthen and for the first rate hike in June. This dynamic is likely to present significant headwinds for gold that has potential to weigh upon the rest of the precious metal complex, the report said. Lower oil prices have also dragged gold prices lower, and concerns have arisen that Russia could sell some of its gold or palladium holdings. However, Barclays says there are a number of other market specific factors to watch in the coming months: Price, demand and production. 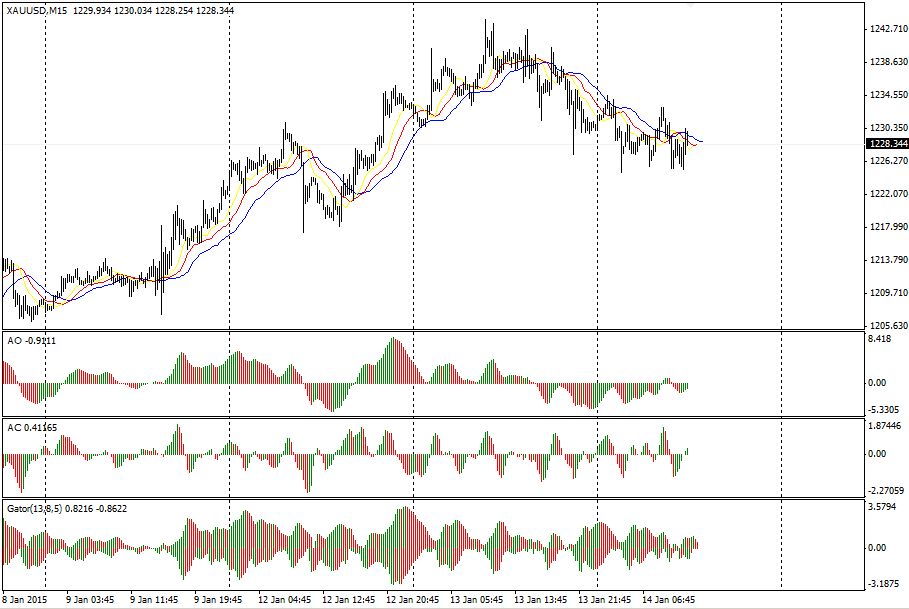