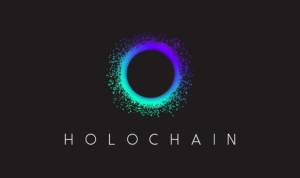 Review of the Holo Project

What is the Holochain Project?

Holochain is a platform used for developing Decentralized Applications (dApps) on a peer-to-peer basis, where there is neither a central server nor a blockchain network. Holochain is described as a post-blockchain platform powered by Distributed Hash Table (DHT) that significantly reduces the costs of administrating the system. Each dApp built upon Holochain has an isolated network of all its users. Holochain can be used to develop social media applications, team productivity tools, supply chains, accounting apps, etc. Users can also use the platform as cloud storage to back up their data.

Why is Holochain Created?

The project aims to (1) design an ecosystem where fully-functional dApps can be developed and (2) a crypto-accounting mechanism that can handle trillions of transactions. Holochain seeks data integrity without a central authority or a blockchain ledger. Therefore, users are in command of (and, of course, accountable for) the network they are part of, and no energy is wasted on reaching a global consensus.

How does Holochain Work?

The Holo system or the Holochain is created based on the assumption that present-day smart contracts cannot be useful to most mainstream Internet users. Holo models blockchain technology to create an environment where peer-to-peer applications can safely operate without a blockchain. Therefore, Holo does not need a consensus (Pow or PoS) to work, meaning that no energy is wasted on that purpose. Instead, it uses a hashing mechanism called DHT.

DHT is an agent-centered (rather than data-centered) approach to data distribution and storage. The benefit of DHT is its use of sharding, a database partitioning method that breaks large databases into smaller, more manageable pieces, which results in the smooth and optimal operation of the platform. Holochain developers assimilate the platform’s data storage to the way data is stored on our DNA or how a particular language is kept alive by its speakers. In other words, since Holochain is not a blockchain-based platform, DHT is used as a replacement for mining and staking to create new blocks and verify the transactions. It’s worth mentioning that the apps developed based on DHT are called hApps (‘h’ as in hashing).

Agents are the nodes that connect the users to the public Holochain. The agents are independent of each other, and the data stored on each agent can be accessed offline. Each agent has a blockchain and a cryptographic key that connects it to the public chain. As mentioned above, there is no consensus in Holochain. Still, the nodes must agree that the data distributed among them are synchronized so that Holochain can launch the dApps developed on its platform.

Therefore, the scalability of Holochain depends on the number of nodes; the higher the number of active nodes, the more scalable the platform. The agents’ job is to host the applications and verify the network’s transactions, earning them rewards in the form of HOT tokens. Likewise, Holochain gains intrinsic value from its technology, use case, and capacity.

Who are the Founders of Holochain?

Holochain was founded by Arthor Brock and Eric Haris-Braun in 2017 in Gibraltar. Arthor is the chief architect, and Eric is the executive engineer of the platform. Arthor got his B.A. from the State University of Michigan in the field of Artificial Intelligence, and Eric graduated with a B.S. degree in Computer Sciences from Yale University. Both executives are experienced contract coders and have previously worked together on the MetaCurrency project in 2016. You can check out the list of Holo developers and contributors here.

What are the Advantages of Holochain?

Token Distribution: Holochain’s native tokens (i.e., HOT tokens) are distributed among various large-volume crypto exchanges, including Binance, CoinEx, HotBit, etc., meaning that the asset’s liquidity is not confined to one exchange. Also, the token’s volume in each exchange is large enough for users to place orders without worrying about slippage.

Environment-friendly: Holochain is based on the DHT mechanism that eliminates the need for mining or staking processes for block formation and transaction verification, resulting in low energy consumption to maintain the network. This makes Holo a cost-effective platform for developing dApps.

Scalability: Holo does not use a blockchain and, therefore, is not constrained by the limitations of this technology, especially the issue of scalability. Put differently, Holo does not pose any restrictions regarding the number of transactions per second because the network nodes have substituted for the blockchain, and as the number of nodes increases, so does the platform’s scalability.

Transparency: Holo has explained the technical and theoretical foundations of its platform and its native token in three different documents. Also, the Holo team members have been introduced on the website. The project’s documentation and transparency can contribute to attracting potential investors and traders (in contrast to the projects with no logical roadmap and an anonymous team).

What are the Disadvantages of Holochain?

Exclusion of blockchain: Although blockchain technology may have its limitations in developing dApps, it is maturing every day, revealing new features and capabilities. Moreover, Holochain addresses blockchain limitations that have not yet been realized.

Holochain has come up with a unique solution to resolve the scalability issue of blockchain technology by replacing global consensuses, including PoW and PoS, with its hashing mechanism (DHT), which makes it a green project. However, the exclusion of blockchain technology sounds futuristic as the potentials of blockchain technology have not been fully realized. Overall, the project has a great use case and a clear roadmap, and the users can easily benefit from its ecosystem by becoming part of the network and serving as a node.