Jobs Report for UK, PMIs for Europe and US, Along with FOMC Minutes

There is a busy day of Economic Data ahead, starting with PMIs for European countries and the Eurozone as a whole. PMI Data across the Euro block has been improving but the consensus is for a slight drop in figures today. The UK Jobs data then follows, with most data points expected to be in line with expectations.

However, Claimant Count Change is expected to be lower, and while this data is volatile at the best of times, the January number is particularly so as seasonal workers are released from contracts from the Christmas period. BOE Members will testify in parliament in the afternoon, followed by US PMI data and FOMC minutes this evening. Chinese traders will return from Spring Festival celebrations tomorrow.

The US Treasury auction sold $179B to drive yields to the highest in ten years. US Stock markets slipped lower following the sale, to finish just off the lows.

Eurogroup meetings will take place today and this may impact on moves in EUR crosses. 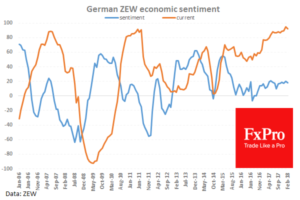 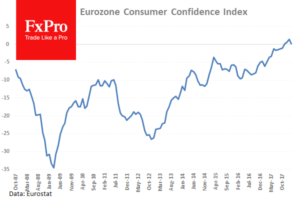 EURUSD is unchanged overnight, trading around 1.23328.

At 08:00 GMT, the ECB’s Non-Monetary Policy meeting will take place and this may impact on moves in EUR crosses. 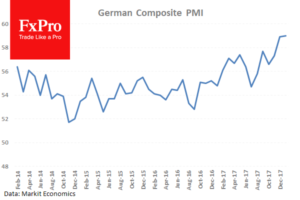 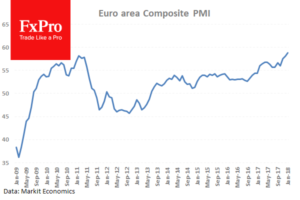 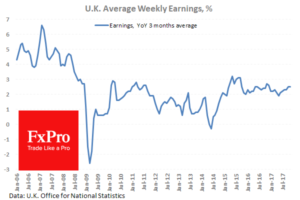 At 14:00 GMT, FOMC Member Harker will speak, with his comments potentially influencing prices in USD and US assets.

At 14:45 GMT, US Markit Manufacturing PMI (Feb) is expected to come in at 55.4 from 55.5 previously. Market Services PMI (Feb) is expected at 54.4 v 53.8 previously and At 19:00 GMT, the Federal Open Market Committee Minutes will be published from the last meeting three weeks ago. Traders will look for changes in the text of the previous meeting’s minutes that may point to policy adjustments impacting future interest rates.

At 23:50 GMT, Foreign Investment in Japanese Stocks (Feb 16) is expected to be in the region of the previous number of ¥-429.5B. Foreign Bond Investment (Feb 16) was ¥-973.2B previously. The net data shows the difference of capital inflow and outflow. A positive difference indicates net sales of foreign securities by residents (capital inflow), and a negative difference indicates net purchases of foreign securities by residents (capital outflow). 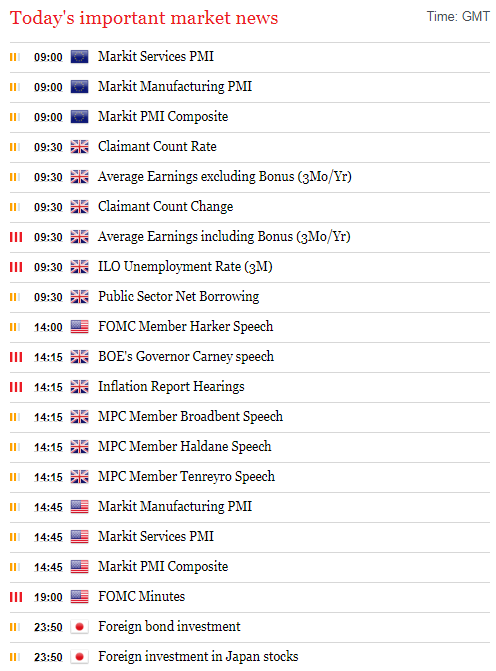