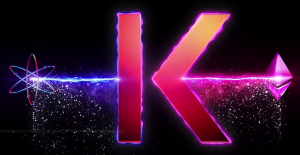 All You Need to Know about Kava Lending Ecosystem

All people like having the best of both worlds. Taking as an illustration working in the city and residing in the country. You have access to both the advantages and none of the drawbacks of two distinct realms.

That is the purpose of KAVA. They allow for several cross-chain bridges. They currently enjoy the benefits of both worlds. On Cosmos, Kava was initially constructed. Thus, they receive all of the benefits of the Cosmos SDK in a single network, which is powered by a Fast Tendermint consensus engine at work. In addition, they now included Ethereum in the calculation. They have evolved into a co-chain network. They also like how Ethereum smart contracts’ adaptability and speed allow them to integrate this with Cosmos’ interoperability. Both worlds are at their finest. Now is the time to delve deeper into this platform.

What is the Kava network?

Kava is a software ecosystem that enables individuals to lend and borrow assets without the requirement for a conventional financial intermediary by utilizing a number of digital currencies. In this sense, Kava is seen as one of the new decentralized finance (DeFi) initiatives. Kava, however, is built on Cosmos rather than Ethereum, which, according to its development team, gives more capabilities. Most DeFi applications utilize Ethereum. Participants of its platform may borrow loans in USDX, a digital currency tied to the value of the U.S. dollar, by locking the currency into smart contracts on Cosmos.

Flexible Deployment: By implementing the EVM-compatible Ethereum Co-Chain or the Cosmos Co-Chain, developers may create and deploy on one of the planet’s two most popular permissionless operation ecosystems.

On-Chain Incentives: A decentralized on-chain incentive scheme can assure the clients that the top initiatives and developers in every Web3 vertical, such as DeFi, GameFi, and NFTs, are rewarded.

Seamless Interoperability: By deploying Solidity smart contracts that communicate with Cosmos SDK protocols in the same ecosystem, developers may link their project to any significant resource and millions of users.

Ruaridh O’Donnell, Brian Kerr, and Scott Stuart co-founded Kava Labs, a for-profit organization created Kava, which was introduced in 2018. The company held a public token sale for 6.5% of the available KAVA tokens. The team raised almost $3 million during the token sale, which was run on the Binance market.

The Cosmos platform officially launched the Kava lending protocol in August 2020, enabling BNB to be used as collateral for crypto loans denominated in USDX. Since that time, Kava has documented loans totaling about $8 million in USDX and around $24 million in BNB that have been secured as collateral.

What is Kava lab?

The Kava ecosystem’s main supporting team is Kava Labs. By enabling and rewarding the developers who will contribute to the expansion of the Layer-1 ecosystem, the firm aims to position the Kava Network among the top five Layer-1 blockchains.

The native token of the Kava platform is called KAVA. The cryptocurrency is supplied as compensation for lending and buying on the Kava Lend app. The coin is also employed as a governance token, allowing users to vote on the protocol’s regulations. As a result, KAVA token owners are increasingly in charge of controlling important factors like the assets that are provided, how awards are given out, how much the platform costs, etc. In addition, the KAVA token is used to reward early adopters and allows them to participate in the development and administration of the Kava Lend platform.

The method that can safeguard the protocol against volatility that would lower the collateral’s value is the collateralization ratio. On Kava, USDX is frequently over-collateralized, meaning that borrowers are frequently required to deposit funds that are more than the value of USDX generated by the protocol. The liquidation price is then determined using the debt-to-collateral ratio.

Based on a 200% collateralization ratio, a participant might be liquidated, for instance, if the price of the digital currency locked in the protocol fell below two times the amount of USDX they had borrowed. In addition, the collateral contained in smart contracts can immediately be liquidated and burnt if the debt-to-collateral value falls below a certain level.

The best thing about Kava is its cheap interest rates. Presently, the average interest rate is under 5% APR, which is much less than the rates charged by traditional lenders or centralized lending platforms. Due to the abovementioned point, Kava is a desirable choice for borrowers trying to cut expenditures.

Kava’s Fiat-to-DeFi bridge is another benefit. Thanks to this functionality, Kava clients may now easily access cash without having to deal with the trouble and price of transferring their digital assets into fiat currency. One of the rare services that offer loans in fiat money is Kava.

For individuals who wish to use their crypto assets as collateral, Kava is one of the top lending platforms.

Kava does have certain drawbacks, though. One of them is:

– The project is still in its early stages and hasn’t received widespread adoption. The question of whether Kava will eventually be able to compete with well-known DeFi protocols like Coinbase, SALT, Aave, and others is left unanswered.

– Additionally, the interest rates on Kava’s loans are erratic and may increase dramatically if the value of the collateralized crypto assets falls. This could make it harder for borrowers to pay back their debts, which might result in defaults.

Kava makes it possible to lend and borrow money quickly and easily using a wide range of digital currencies that the protocol supports. With a simple and user-friendly method for collateralization, users may take advantage of cross-chain lending and staking. Users can benefit from the money they stake for loans and receive an APY based on their investments. Users may easily use a multi-currency lending platform in a decentralized system that rewards the ability to borrow and lend cryptocurrencies.

As you can see, from August 2021, the team has been active. Numerous significant and significant improvements have occurred. This network is developing and becoming better. The price development may not be as expected, given the state of the market. However, when we contrast it with other projects, it is far superior.

Additionally, we see how active the Kava team is. We’re about to receive some more informative and entertaining updates. They could continue to astound you.