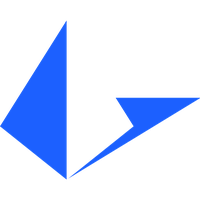 Loopring: A Well-Formed Technology in the World of Digital Currencies

A dizzying rate of growth has been seen in the cryptocurrency industry. For instance, Ethereum, the second-largest cryptocurrency by market size, has already begun developing an update to lower transaction costs and increase processing speed. However, traders have been concerned about the fees and speed of transactions, albeit the improvement is still ways off. The Loopring project is helpful in this situation.

Participants may now trade without a custodian or middleman, thanks to the decentralized exchange (DEX) establishment. However, if DEXs don’t cooperate and distribute orders over a large network, liquidity may become a problem. DEXs are also constrained by the efficiency and scalability of the underlying blockchain because trades are made on the chain.

Using the Ethereum Layer-2 scaling protocol Loopring (LRC), decentralized exchanges with performance comparable to centralized exchanges may be built. Moreover, with each transaction costing only a tiny fraction of a penny, the network can process up to 1,000 more deals per second compared with Ethereum.

As clients always have direct access to their resources and exchange facilitators are limited to acting in accordance with the protocol, Loopring also carries over Ethereum’s blockchain’s security.

The Loopring currency (LRC), the platform’s native token, was created via an initial coin offering (ICO) that took place in August 2017. The project was able to generate 45 million dollars in Ethereum (ETH) during the ICO, which was used as seed money to build the protocol and all of its features. The primary purpose of the LRC token, which is based on the Ethereum standard ERC-20, is to facilitate the network’s commission payments and act as a financial incentive for those who run sidechain nodes.

The usage of LRC tokens in staking pools is another application for them. The stakers are required to add their tokens to the pools, which get 70% of the protocol commissions distributed. Users must stake for at least 90 days to be eligible for this incentive scheme and get their proportionate amount of commissions.

Computer specialist and entrepreneur Daniel Wang established the Loopring Organization to oversee the development of the Loopring protocol. The organization’s originator and current CEO, Wang, is originally from Shanghai, China.

In September 2018, Loopring released its whitepaper. In 2017, Loopring carried out an ICO, raising 120,000 ether, or $45 million. However, Loopring had to refund a high volume of the money made during the ICO due to tighter restrictions managing these offerings at the time in China.

The protocol changed from Loopring 2.0 to Loopring 3.0 in December 2019, which increased efficiency by about 1000 times. In that month, it collaborated with Bitcoin to include oracles.

What are the mechanisms behind the Loopring protocol?

By establishing a “fast lane” where trading activities are combined and carried out off-chain to sidestep Ethereum’s network overcrowding, Loopring (LRC) outperforms conventional decentralized exchanges in terms of performance. In addition, ZkRollups, a Layer-2 scaling option, is used in this process to group several operations off-chain before presenting them to the Ethereum blockchain as a single financial operation.

By applying this technique, trades on Loopring become significantly quicker and more affordable while also reducing the volume of transactions Loopring to the Ethereum network for settlement. This highly effective strategy poses far less pressure on the Ethereum network.

The zk, zero knowledge, denotes the kind of proof that Loopring is required to offer to confirm the accuracy of the off-chain transactions. It’s helpful to consider “zero knowledge” proof as similar to giving someone the result of a computation without sharing the equations employed to get at it.

On some exchanges, a buy order for one currency within a trading pair must correspond with a sell order for the same currency in that trading pair. Conversely, Loopring combines and matches several orders in an order ring, a circular trading mechanism. More than 16 orders can be contained in each order ring, forming a circle in which each order can exchange the needed currencies without an opposing order for its pair.

On the Loopring protocol, order ring also provides the process of order sharing. Order sharing is applied to divide orders into partial elements until the total original order amount is completed when the Loopring DEX smart contract is unable to process an order in a single trade. Then, a ring-matching system combines multiple independent orders into a single order ring. Each side gains the resources in exchange once the orders have been validated by the Loopring smart contract. As part of succeeding order rings, orders are processed through the order sharing technology until they are fully filled.

Loopring avoids conventional order books and AMM procedures for managing liquidity pools by using a special consensus technique. As a result, orders must be quickly filled before being performed or withdrawn, and this is the job of network users known as “ring miners.” The LRC currency is given to users who work in this genius process as a service fee.

OCDA is a capability used by the Loopring encryption protocol (OCDA). Clients can choose whether their data can be saved on-chain or off-chain, thanks to this hybrid method of storing. Data is kept on-chain, and the system can handle 2,025 transactions per second (TPS) when the OCDA functionality is disabled. Nevertheless, bandwidth may exceed 16,400 TPS if OCDA is used and data is stored off-chain utilizing what it refers to as Validium mode. Non-custodial exchanges can correspond to the functionality of their centralized, custodial rivals by utilizing Loopring 3.0 developments like OCDA.

Loopring gives its customers the ideal union of speed, privacy, and interoperability with the biggest DEX ecosystem in the world. This allows Loopring to compete with solutions like Polygon or xDAI, two of the most well-known scalability platforms for Ethereum and has led to its widespread adoption as a substitute among DEX dealers on that network.

This is important to note, given the decline in demand Ethereum has seen since 2019 and the sharp rise in operating commissions. As a result, Loopring and its token have grown quickly and are now recognized as one of the best DEX systems worldwide.