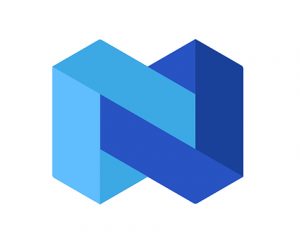 All You Need to Know about NEXO

NEXO is a kind of native currency of the Nexo digital currency trading and lending system, which is interoperable with both ERC-20 and BEP-2. Clients owning NEXO in their Nexo accounts benefit from a variety of benefits, such as greater returns on their digital assets, cost-free crypto incentives on card purchases, and interest rate reductions on credit lines backed by cryptocurrencies.

Nexo, which is regarded as the inventor of crypto credit lines, began as a system for crypto lending in 2018. In the industry of digital currencies, it has started to acquire greater appeal. The founding partner and the managing assistant of Nexo is Antoni Trenchev. With the tagline “Banking on Crypto,” Nexo aims to replace the services provided by conventional banking services with cryptocurrency assets. Currently, clients may buy, sell, trade, and borrow money using their digital currencies on the Nexo platform, which has a full crypto financial ecosystem. The Nexo Card, the first cryptocurrency-backed card in the world, is the newest addition to the suite.

A brief history of the company

Antoni Trenchev, Georgi Shulev, and Kosta Kantchev, three Bulgarian innovators with prior experience working with different financial firms around Europe, created Nexo in 2017. Its headquarters are in London, England.

Arrington XRP Capital and Erhan Bilici were two of the investors in Nexo’s two fundraising rounds, which totaled $52.5 million. The platform claims to have over 1 million users and $12B in AUM and is accessible in 200 nations.

The mechanism behind the NEXO token

The ICO resulted in the creation of NEXO, which was then given to the team and early adopters. The company gives NEXO owners up to 30% of its income. The loan and deposit ecosystem is supported by the NEXO token, which entitles holders to a 30% part of corporate earnings in the form of a dividend. Since 2018, according to Nexo, it has compensated token holders more than $9 million.

What is emphasized in Nexo’s whitepaper?

The related whitepaper states that Nexo offers the first immediate crypto-backed loans in the industry of cryptocurrency, eliminating a significant inefficiency for the cryptocurrency industry. There were no other options for digital asset holders to enjoy their cryptocurrency fortune up to this point other than selling them.

This document also says that the revolutionary strategy of Nexo delivers to the crypto community the best of both worlds — keeping 100% control of their cryptocurrencies while having rapid access to cash.

Trading Nexo: is it profitable?

Although this Nexo analysis won’t offer investment advice, it’s important to take into account the token’s volatility in relation to the company’s lifetime. The NEXO cryptocurrency was introduced immediately following the 2017 bull market, but it had its biggest increase during the 2021 bull run.

Whether or not you intend to retain the token to collect corporate profits or improve your APY in the interest account—aside from pure speculation, of course—may determine whether or not NEXO is a wise investment.

To entice traders to own the NEXO token, the Nexo team has developed an intriguing incentive. Traders that kept their NEXO tokens until June 2021 received a dividend. A fund from which dividends were drawn and given to NEXO owners was made up of 30% of the income made through Nexo loans. In the beginning, dividends were paid out in Ethereum (ETH), but the group planned to do one last payout to NEXO traders before ending the dividend program and switching to just a straightforward daily interest payout procedure for cryptocurrency holders on the Nexo framework, which is now in use.

Clients are encouraged to own and use the NEXO token in order to benefit from greater APYs, reduced interest rates when borrowing money, and discounts when repaying loans using digital currency. For customers who wish to move up the loyalty tier for higher privileges and perks like free withdrawals and rebates on swaps and cryptocurrency transactions, holding the Nexo is also important.

As the crypto market as a whole suffered, the price of the Nexo also declined in the second half of 2021 and as 2022 progressed, amid escalating macroeconomic worries that are having an impact on all types of investments. The token’s current price of $2.40 (as of March 2022) is significantly greater than its initial token price, and generally, its price has increased steadily. The long-term record of NEXO is still solid, and based on the string of higher lows, it appears that this token still has some potential.

One of the most well-liked options for clients looking to make a little APY on their money is lending platforms. Consider placing your cryptocurrency on a loan site like Nexo for some great returns if you have some laying around and don’t want it to gather dust in your wallet.

Users’ expected annual percentage yield (APY) depends on their level of loyalty and the asset they choose. Regarding loyalty levels, one thing I particularly appreciate about Nexo is that they treat individuals with a few hundred dollars as equally as those with a million dollars. It’s excellent that users’ loyalty levels are determined by how much of their portfolio is invested in NEXO rather than by how much cash they have on the site. The APY rates that consumers may take advantage of in the Earn area go up as their level of loyalty goes up and the loan payback rates go down.

One of the biggest crypto loan platforms in the world, Nexo, has expanded swiftly. Without a top-notch show, framework, and group behind it, a platform cannot achieve that position. The popularity of lending sites is skyrocketing as the use of cryptocurrencies moves closer to becoming widely accepted. They give owners a way to access the price of their currencies without having to give up ownership of those assets. In addition to the tasty cashback crypto card, another major draw is the excellent APYs, which are more than you can ever receive at a typical banking institution.