NZD/USD is trading slightly higher during the Asian session. The last price is .6394, putting the Forex pair up .0012, or 0.18%. There was no fresh economic news out of New Zealand and the price action looks like a technically-based follow-through move, following the two day rally at the end of last week.

There was little reaction to the weak economic move out of China. According to the National Statistics Bureau, Chinese industrial profits declined 8.8 percent in August. This was worse than July’s 2.9 percent decline. For the first eight months of the year, profits slid an annual 1.9 percent.

The rallies on September 24 and September 25 suggest that investors aren’t too fazed by the uncertainty created by the U.S. Federal Reserve. Although the Forex pair sold-off early last week when FOMC member Dennis Lockhart made a view hawkish comments about the timing of the Fed interest rate hike, there was hardly any reaction to Fed Chair Janet Yellen’s hawkish comments late Thursday. Yellen said that she anticipates a rate hike by the end of the year.

A rebound in global dairy prices may be helping to support the NZD/USD because it may have reduced the chances for another rate hike. Local economists are putting a lower probability on the Reserve Bank cutting interest rates again after Fonterra Cooperative Group, the world’s biggest dairy exporter, raised its forecast payout to farmers last week after a rebound in global daily prices. The 55 percent increase in milk prices (since mid-August) has taken the pressure off the RBNZ, and any chance of a rate hike could easily be put on hold.

Volatility could return to the market today during the U.S. session as traders will be watching commentary from four Federal Open Market Committee members. Governor Daniel Tarullo, president of Federal Reserve Bank of New York and vice-chairman of the Federal Open Market Committee William C. Dudley, Chicago Fed President Charles Evans and San Francisco Fed President John Williams will hopefully shed some light on the timing of the next Fed rate hike. Hawkish comments could raise the probability of a rate hike in December. This could limit gains in the NZD/USD, or it may even trigger a sell-off. 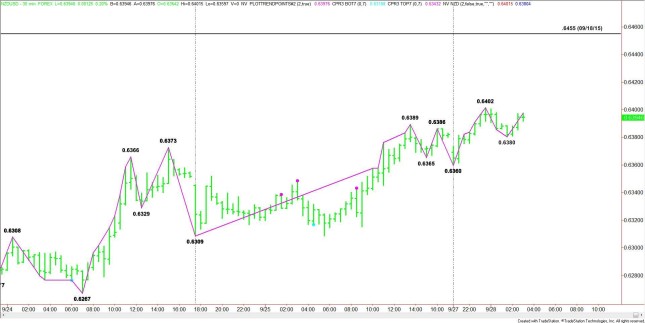 Janet Louise Yellen is an American economist. She is the Chair of the Board of Governors of the Federal Reserve System, previously serving as Vice Chair from 2010 to 2014. Wikipedia. This my idea: Janet Yellen is woman like me! only woman's can help world economic! mans only think about growing and war... but woman not!