The light sweet crude market bounced off of the $28 level during the session on Thursday, showing signs of life for the first time in several sessions. However, there is more than enough resistance above to keep this market going lower given enough time. At this point in time, we have no interest whatsoever in going long, and recognize that a resistant candle above should get us back into the market from the short side, as the trend is most certainly set in stone at this point. Given enough time, we believe that the market is probably heading to the $25 level, which of course is the next large, round, psychologically significant number. We don’t even have a scenario at this point in time in which we are willing to start buying this market, and with that it is not until we get a positive sign on a longer-term chart that we would even start to think in those terms. 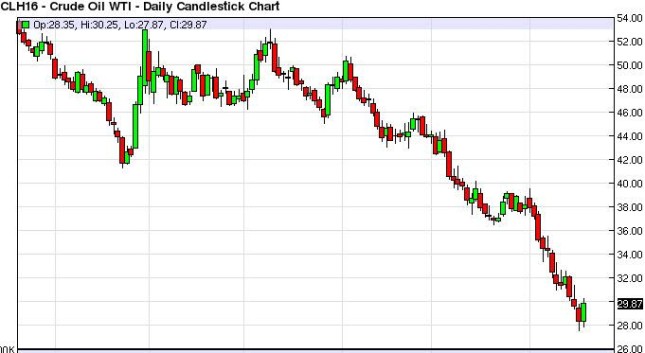 Brent markets allowed some positivity into the marketplace as well during the day, but at this point in time I believe that this is more or less going to be a bit of a “dead cat bounce”, as we have simply sold off almost nonstop for the last several months. Any rally at this point in time should eventually find quite a bit of resistive action sooner or later, and that will be an invitation to start shorting again. The supply is far too strong for demand to absorb at the moment, and as that the case we really don’t see an opportunity to start going long. In fact, we could be looking at a multi-year downtrend that is just ready to continue.

$25 will be the target in this market as well, but quite frankly we could see a bounce all the way to the $36 level before we see sellers take over again. However, any resistive candle between now and then would be a selling opportunity as well, as the market is most certainly bearish and should continue to be. 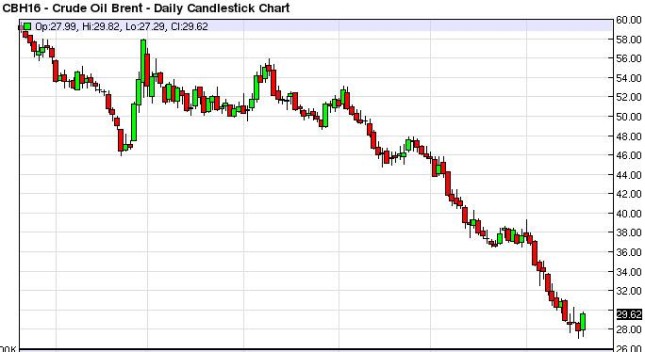 I think we will see increase oil price soon or max from next month!

can you tell me what is your reason?