The WTI market rose during the course of the day on Wednesday, testing the top of the shooting star that we had formed on Tuesday. This is pretty positive sign but at the end of the day the $32 level still looks very resistive. At this point, we still are much more comfortable selling this market been buying it, and will look for resistive candles in order to do so. We have no interest in buying, at least not until we get above the $35 handle, which is something that looks very unlikely to happen. We believe that the market will eventually reach towards the $26 level, perhaps even lower than that. There is simply not enough demand to take out the supply at this point in time. The US dollar has been strengthening over time, and as a result that has weighed upon this particular market as well. 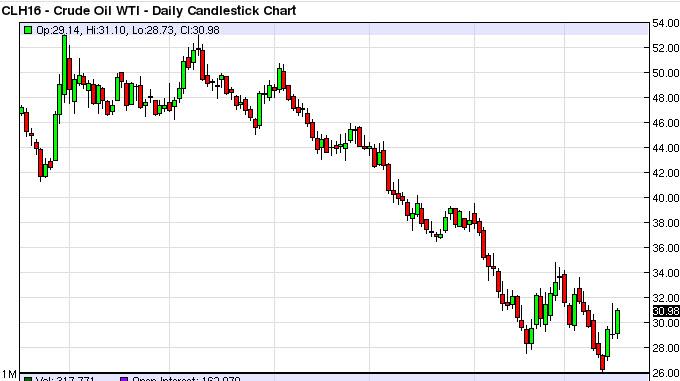 Brent markets rose during the course of the day as well, testing resistance near the $35 handle. With that being the case, it’s probably only a matter of time before the sellers get involved and push this market back down, which of course is what we have seen time and time again. We don’t necessarily feel that anything has changed of substance, so it’s only a matter of time before the market sell off again. We think that the easy money is been made shorting this market, but at this point in time we already long way away from changing the trend.With this being said, we are waiting to see exhaustive candles to weaken short again, but we also recognize that the market isn’t necessarily going to collapse either. Ultimately, this is a market that will remain volatile but still has so many bearish pieces to it that it’s almost impossible to imagine any real strengthening when it comes to not only Brent, but all forms a petroleum as even though there are some conversations about cutting production, we already long way away from seeing that happen with any significance. 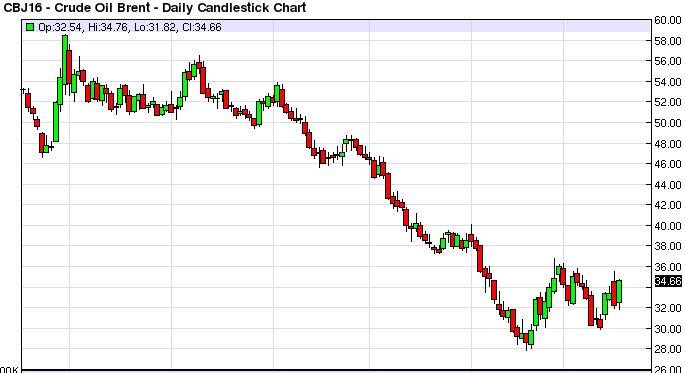 the first support level is seen at $29.59 per barrel, while on the upside, the first resistance level is at $31.39 per barrel.