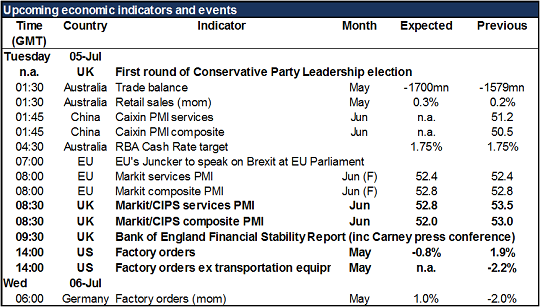 The week gets off to a quiet start Monday. Not only are there few data points out on Monday

Tuesday morning in Asian time we get two of the main points of the week. The Caixin services and composite PMIs for China will indicate whether the economy as a whole is slowing or recovering.

Then the RBA announces its cash rate. The market is unanimous in expecting no change in the rate at this meeting. However, all but one expect them to cut it at the next meeting, in August. Why is this? Probably because of the inflation rate. The main catalyst for the rate cut in May was the worse-than-expected CPI for Q1, announced on27 April. In that case, they are likely to wait for the 2Q CPI, due out 27 July, before deciding to move again. If that figure too shows the rate of inflation falling, then another cut is likely.

Brexit is not a direct threat to Australia, but over time the hit to investment and risk-taking sentiment may weigh on commodity prices, adding to the pressure on the RBA. August seems more likely than July. In that case, the big question will be what kind of a bias the RBA adopts. At the June meeting, the RBA basically kept a neutral stance and made no comment about which way the next move might be. The market will be focused on whether the statement continues that neutral stance or moves to an outright easing bias. 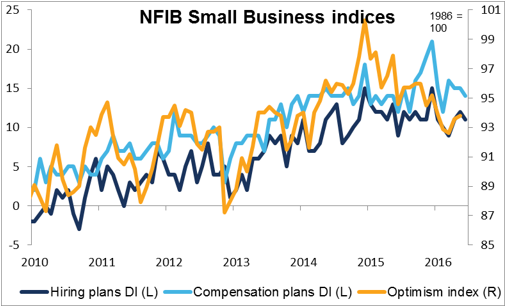