SNB Meeting, BoE Meeting, US CPI – Continuing on with the string of central bank meetings, the European day starts with the Swiss National Bank (SNB) meeting. Analysts unanimously expect no change in rates. The recent data has been encouraging, with the rate of deflation gradually diminishing and the manufacturing PMI rising for four consecutive months. Most importantly, the EUR/CHF rate seems to have stabilized. Accordingly there is little reason for the SNB to increase the level of monetary stimulus. On the other hand, it’s also too early to start talking about normalizing rates, either. The meeting could prove to be a non-event for the markets. Last time around, the EUR/CHF tried to rally but wound up falling around 20 pips. 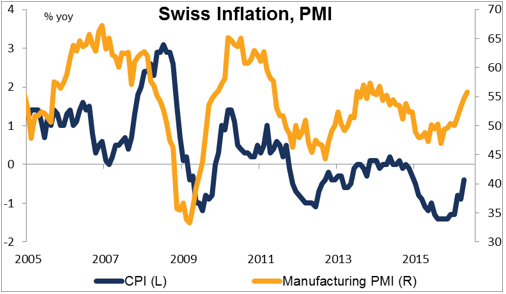 The Bank of England has a difficult job a week before Brexit. Most of the data since their last meeting has been weak, such as the retail sales figures that will be announced a few hours before the results of the Monetary Policy Committee (MPC) meeting are revealed. That suggests the MPC is likely to sound more concerned about the economy and less in a rush to raise rates after the Brexit vote (assuming it’s “Remain”) than they were before. If so, GBP could weaken after the news. It’s also possible that Gov. Carney could use this last opportunity to make his voice heard on the “Remain” side, which might also cause a weaker pound by highlighting the risks to “Leave.” 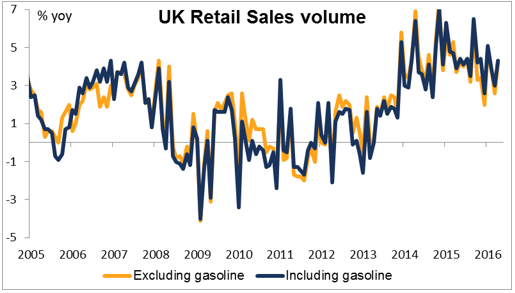