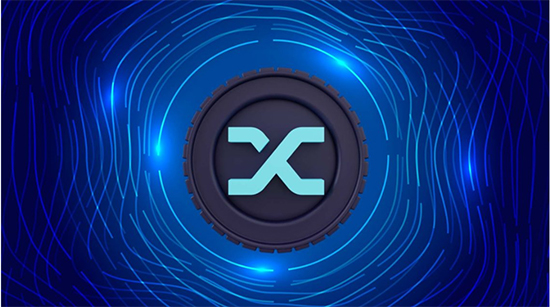 What Is Synthetix Token (SNX)

SNX is a kind of software system which is based on the Ethereum blockchain. Synthetix uses a decentralized finance (DeFi) technology to offer services directly to customers. This indicates that users of Synthetix don’t have to put their confidence in any one organization or individual to handle their crypto assets. Synthetix is mostly used to create synthetic assets, commonly referred to as “synths”—a mixture of assets with the same value as another item.

The synths may track and offer a return on another asset without anybody having to keep the asset. In fact, the decentralized and permissionless Synthetix coin offers exposure to a wide range of crypto and non-crypto assets. It allows consumers to take part in the DeFi ecosystem even when they don’t own the assets.

Synthetix’s native token, known as SNX, is required to produce synthetic assets (synths). New synthesizers can be made once the SNX tokens have been locked up. Synths can also be added to other DeFi platforms because they are created on the Ethereum blockchain. The assets can then be utilized to generate yield and offer liquidity. As a result, traders may instantly begin trading synthesizers after exchanging their ETH for them. Another option is acquiring SNX tokens from any platform, making synths, and trading them.

Kain Warwick established Synthetix as the Havven system, which garnered $30 million in 2018 by releasing 60 million HAV tokens through an initial coin offering (ICO) (initial coin offering). At the end of 2018, Havven changed its name to Synthetix and widened its goals to include the creation of synthetic assets for cryptocurrencies and commodities. The most popular digital currency payment business in Australia that Kain Warwick previously created is Blueshyft. Before discovering Synthetix, Warwick worked on a number of other cryptocurrency initiatives.

Three other important contributors to the Synthetix main group are Peter McKean, Justin Moses, and Jordan Momtazi. The project’s CEO, Peter McKean, is a seasoned software developer. Kain Warwick established Synthetix as the Havven system, which garnered $30 million in 2018 by releasing 60 million HAV tokens through an initial coin offering (ICO) (initial coin offering).

At the end of 2018, Havven changed its name to Synthetix and widened its goals to include the creation of synthetic assets for cryptocurrencies and commodities. Synthetix’s CTO is Justin Moses. The COO is Jordan Momtazi, who has years of expertise in cryptocurrencies, blockchain technology, e-commerce platforms, and other fields.

Kain Warwick established Synthetix as the Havven system, which garnered $30 million in 2018 by releasing 60 million HAV tokens through an initial coin offering (ICO) (initial coin offering). At the end of 2018, Havven changed its name to Synthetix and widened its goals to include the creation of synthetic assets for cryptocurrencies and commodities.

New SNX Tokens: How Are They Made?

The staking procedure allows for the creation of new SNX coins. Staking is a means for holders of certain digital currencies to get incentives. The blockchain puts cryptocurrency to work, which is why it receives incentives while being staked. Proof of stake is a consensus process that is employed by digital currencies that use staking to guarantee that all transactions are safe and validated without the involvement of a middleman. As a result, the cryptocurrency that consumers decide to stake is integrated into the procedure.

Participants on Synthetix can benefit from weekly payouts for collateralizing the network by staking. Conversely, without staking, investors may only benefit from a rise in the token’s value. The staking procedure is open to all SNX token owners. If a staker only possesses 250–500 SNX, however, gas costs can exceed the advantages of staking.

The Synthetix ecosystem is powered by SNX tokens, which are also used as collateral to mint Synths. Those who own SNX tokens can stake them and make money from the fees made when these Synths are exchanged.

– A portion of all fees collected from traders utilizing the Synthetix exchange can be distributed to SNX stakers.

– SNX is an inflationary unit of account. 160 million more SNX tokens will be issued between March 2019 and August 2023. It’s possible that someone who invests for the full time may see their SNX holdings quadruple because all of these tokens will be allocated to SNX stakers.

Clients who work on Synthetix are not required to hold the actual asset.

Individuals can access a variety of assets through Synthetix.

The DeFi movement is being led by Synthetix, among other initiatives.

The Synthetix system is currently in development, thus there are no assurances about its potential expansion or achievement in the future.

To unlock their staked SNX, users might need to burn additional Synths.

There are several new ventures in the competitive sector of cryptocurrency projects.

Ethereum is strongly reliant on Synthetix.

A synthetic asset protocol on Ethereum is called Synthetix. Synths allow consumers to follow the price of an underlying asset without really owning it. One of the first DeFi projects to implement a decentralized governance system using the SynthetixDAO is Synthetix. Although Synthetix is not the most intuitive project, as it is implemented on Optimism’s rollup implementation, its acceptance may grow.

The Synthetix platform is not simple to comprehend. Things can become very technical very quickly as you go into how new tokens are created and how it’s even feasible to design a token that follows the price of anything.

Thankfully, none of the technical nuances are essential for the trader who only wants to utilize a Synthetix token. Anyone may buy Synth tokens on the Synthetix marketplace. It is available to everyone who wants to invest and is decentralized.

The progress of Synthetix thus far is astounding. The price of SNX likely has a lot of upward potentials if additional tokens are introduced to the network and demand for SNX increases as a consequence.