Crude oil prices moved lower on Monday, closing below $42 per barrel, and pushing through trend line support.  Prices were under pressure following a softer than expected Empire Manufacturing report.  Momentum remains negative with the MACD printing in the red with a downward sloping trajectory.

Earlier today the ISM released the August Empire State report which plunged to an expansion-low -14.92 followed already-lean readings of 3.89 in July and -1.98 in June to leave the index well-below the 27.41 five-year high in September. The ISM-adjusted Empire State fell to a 44.9 six-year low from 50.0 in July, versus a 55.3 two-year high last June. 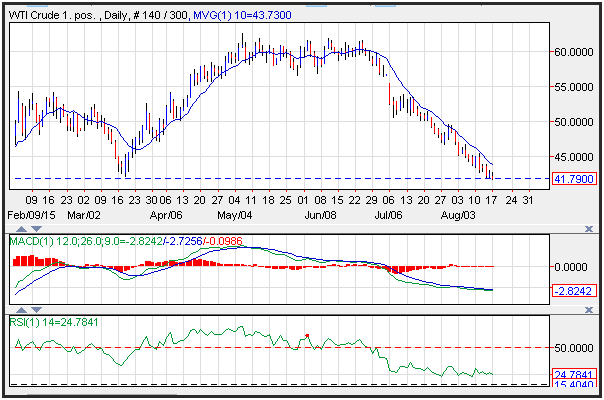