Crude oil prices continued to move lower, after slicing through daily trend line support at $50 per barrel Wednesday. Thursday’s declined was a continuation of negative momentum following the most recent release of their inventory estimate from the Department of Energy. 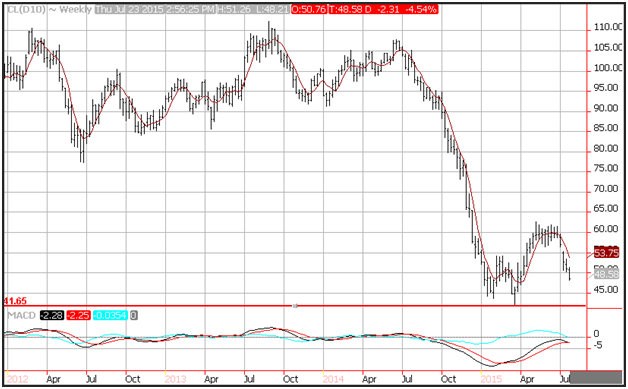