USD/NOK was in a strong and consistent uptrend during the recent months that buyers were successful in achieving the highest price of 7.8519.The price has stopped from more ascend by reaching to the resistance edge of Up Channel and a top price was created on the resistance line by the buyers retreat.There are a Shooting Star and Hanging Man candlestick patterns in top price of 7.8519 that warns the potential for formation of a successful top price and Vulnerability of ascending trend for buyers. With closing of the next bearish candle, this signal is fixed.

Written by the technical team of PipSafe Company
USD/NOK Chart 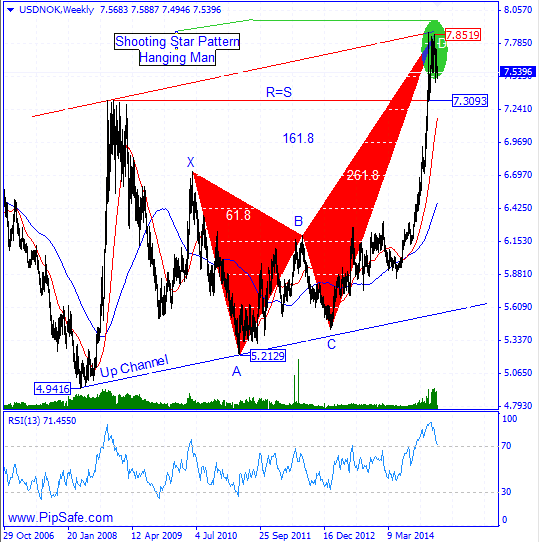