US Secretary of Defence Supports Commerce Department on Steel 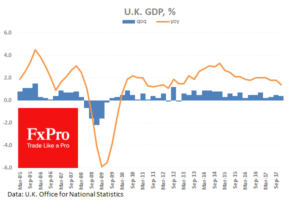 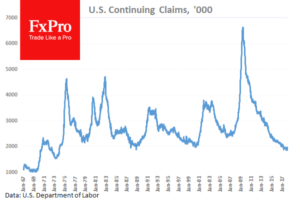 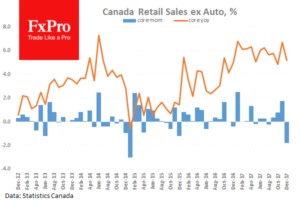 US FOMC Member Bostic spoke at the Banking Outlook Conference hosted by the Federal Reserve Bank of Atlanta. He made the following comments: The Fed is carefully calibrating a return to more normal policy and things continue to look up, citing the Atlanta GDP tracker.

US FOMC Member Kaplan’s speech was closely followed by traders for any hints on future policy. He said that he sees US GDP growth around 2.5%-2.75% in 2018 and he would give the economy a B+ or an A-, with a weaker grade next year. He says that the labour market is getting very tight but he has not seen it fan higher wages yet. Inflation will firm up this year but won’t be a hockey stick shape. Businesses still show a lack of pricing power and some progress will be made this year on inflation.

EU European Council Meetings will take place today and may impact on moves in EUR crosses. 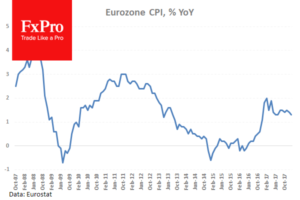 At 12:00 GMT, UK BOE Ramsden is scheduled to participate in a panel discussion titled “Tackling the UK’s Productivity Challenge” at the East of England Confederation of British Industry event, in Cambridge. This may impact on moves in GBP crosses. 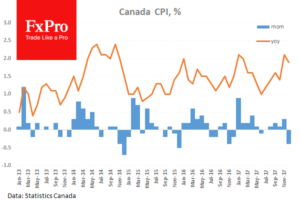 At 15:15 GMT, US Fed’s Dudley is due to participate in a panel discussion about the Fed’s balance sheet at the United States Monetary Policy Forum, in New York, with comments having the potential to move USD pairs.

At 18:00 GMT, Baker Hughes US Rig Count numbers will be released. The prior number last Friday showed that there were 798 Oil rigs in operation. WTI traders will be paying close attention to this number as they look to the week ahead.

At 18:30 GMT, US FOMC Member Mester is due to participate in a panel discussion about monetary policy objectives at the United States Monetary Policy Forum, in New York. This event may impact USD crosses and assets.

At 20:40 GMT, US FOMC Member Williams is scheduled to speak about economic and monetary policy at the City Club of Los Angeles. Audience questions are expected to follow, and his comments will be followed by traders for any hints on future US FOMC policy. 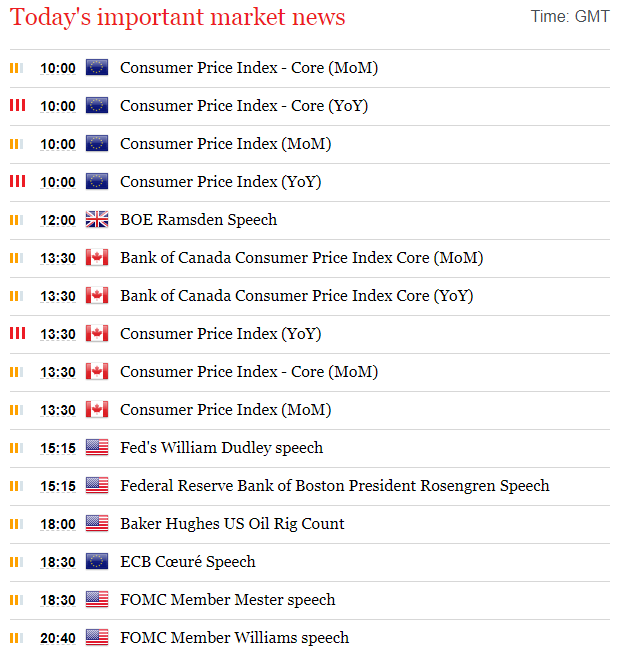