USD Falls Then Reverses as US Fed Leaves Rates at 1.75%

USD Falls Then Reverses as US Fed Leaves Rates at 1.75% – The US Fed’s Monetary Policy Statement and Interest Rate Decision were released yesterday evening, with the rate left unchanged at 1.75%. The market is pricing in two to three hikes in 2018, with a slight bias for three to four that could strengthen the dollar position. The Monetary Policy Statement set a slightly hawkish tone, tempered by the Fed saying it would let inflation run a bit above their 2% target. But the underlying factors in the market soon re-established themselves and the market was caught off-guard as the initial reactionary trade post FOMC reversed.

UK Construction PMI (Apr) came in at 52.5 v an expected headline number of 50.5, from 47.0 prior. The consensus was for a recovery in the numbers after a softening from the high of 53.1 created in December. The industry had slipped under 50.0 from the high level of 64.6 in 2014, showing a contraction in the index. This data is strong as we head into summer. GBPUSD moved higher from 1.36295 to 1.36655 after this data release.

Eurozone Unemployment Rate (Mar) was as expected, unchanged at 8.5%, a level not previously seen since April 2009. Gross Domestic Product s.a. (QoQ) (Q1) was as expected at 0.4%, from 0.6% previously. Gross Domestic Product s.a. (YoY) (Q1) was also as expected at 2.5%, against 2.7% previously. GDP numbers matched estimates and, although they are down on the previous readings, as these are quarterly figures the decline can be explained somewhat by severe weather in Europe. EURUSD moved up from 1.19932 to 1.20096 following this data release.

US ADP Employment Change (Apr) was 204K versus an expected 200K, against 241K previously, which was revised down to 228K. This data has remained above 200 for the last four months, showing that the US economy is continuing to add jobs. However, this was a decline on the previous month and the smallest monthly increase since November. USDCAD moved higher from 1.28210 to 1.28825 after this data came out. 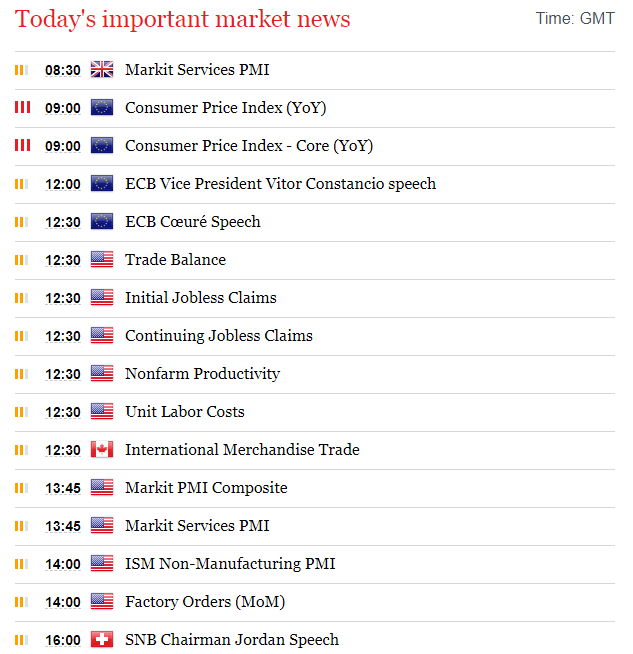 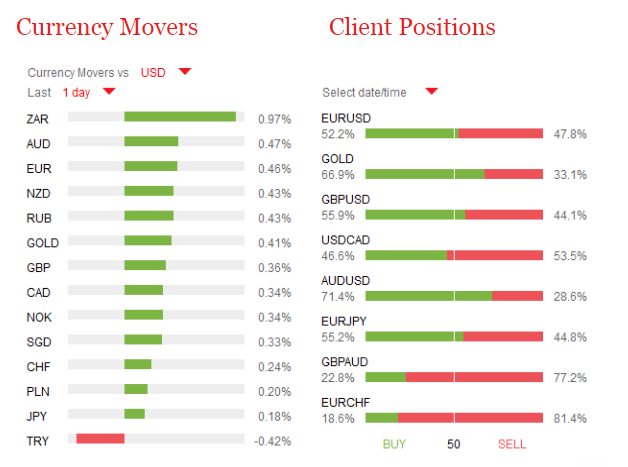