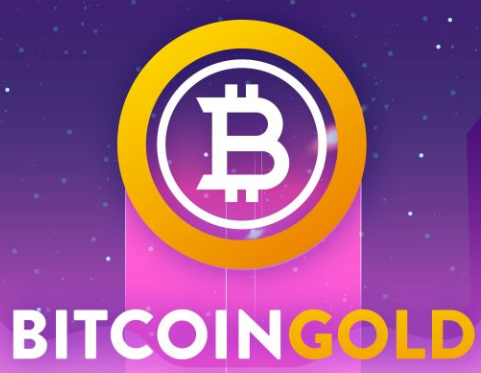 We know Bitcoin (BTC) as the market’s best-known and most valuable cryptocurrency. But BTC blockchain is not flawless and requires technological changes for more efficiency. For example, one of the main deficiencies of Bitcoin is its inability to handle simultaneous transactions on large scales. The issue, known as the scalability problem, has led to the creation of various blockchain projects that address the above problem.

These new projects, referred to as Bitcoin forks, are based on the BTC blockchain but have made technical alterations to the BTC consensus protocol. The forks can either be soft or hard; in soft forks like SegWit, old blocks recognize the new blocks (blocks created after forking) as valid, but new blocks will only validate the new blocks. On the other hand, hard forks are more radical and require all nodes and blocks to be upgraded and synchronized with the latest version.

Bitcoin Gold (BTG) is an example of the latter. BTG is the second-largest hard fork of Bitcoin after Bitcoin Cash (BCH). The project was founded on October 24th, 2017, by a group of six international co-founders, three of whom are currently inactive. First, Martin Kuvandzhiev is one of the co-founders who graduated from the Technical University of Sofia, Bulgaria.

He is currently Chief Executive Officer at GoStartups. Second, Franco Niebles Jimeno, a Colombian member of the founding team, has an educational background in web development and programming. Finally, the last active founder is introduced as H4X3ROTAB (apparently a pseudonym for Hang Yin). Unfortunately, he does not have a LinkedIn profile, and there is no reliable info regarding his experience and expertise.

The Purpose of Bitcoin Gold

BTG aims to combine the security of the BTC blockchain with newer capabilities such as DeFi and dApps without consuming as much power as Bitcoin for creating blocks. The main aim of BTG is twofold; first, it seeks to develop an Equihash Proof-of-Work (PoW) mining algorithm to substitute Bitcoin’s SHA-256 PoW algorithm, and second, BTG is to make mining available for everyone. In so doing, BTG developers have shifted the required mining hardware from ASICs to common GPUs, and the mining rewards will go to the individuals instead of farm owners. BTG creators believe this will restore the decentralization and anonymity of the blockchain networks and significantly cut down on energy consumption.

An Overview of Bitcoin Gold Chart

At the time of writing (7/1/2022), BTG’s market price is $16.5, down by 4% in the last 24 hours. The cryptocurrency has a max supply of 21 million coins (similar to its parent Bitcoin), 83% (17.5 million) of which have been already minted. The coin is currently the 102nd listed asset at CoinMarketCap and has a market cap of $281.7 million. It is predicted that when the circulating supply reaches the max supply, the coin’s value will be around $350.

Bitcoin Gold vs.  Other Altcoins

A basic comparison between BTG and several well-known altcoins such as SOL, XRP, and ADA shows that when the assets were introduced, their prices were significantly lower than their CMP. But in the case of BTG, the price started at $140 while its CMP is $16, about one-tenth of the initial price. In other words, based on the above assets’ all-time charts, it can be stated that BTG had a great start, but its initial value was above its intrinsic value, and so the price decreased.

On the hand, the above assets started low and thrived over time thanks to their projects’ strengths. It is noteworthy that BTG had a controversial start, and many believed the project was more out of the developers’ greed than their attempt to refine the Bitcoin algorithm. Additionally, there is no coherent whitepaper for the BTG project, while SOL, for example, has a well-investable project explained in detail in a neat and professional whitepaper.

The Advantages of Bitcoin Gold

The Disadvantages of Bitcoin Gold

The cryptocurrency market never ceases to surprise the traders. Currently, the market is in recession, and a bearish trend has taken control of the market for a while. Therefore, the current situation is a suitable time to assemble a crypto portfolio. BTG has a good potential to increase in value since its CMP is one-tenth of its initial price and one-thirtieth of its ATH. However, we strongly recommend you diversify your portfolio and invest in various assets with different volumes.

Disclaimer: This article is only a review of BTG. This is by no means a suggestion for investing in crypto assets. Please note that the cryptocurrency market is highly volatile and requires careful risk management,