Coinbase Pro or G Dax is one of the most advanced cryptocurrency trading platforms owned by the famous Coinbase exchange. The platform was launched in January 2015 in San Francisco as a subsidiary of Coinbase Exchange. This platform, which allows for large and advanced trades, is designed for professional traders. Coinbase Pro, also known as G Dax, had a separate office in Chicago in its early years. In May 2018, Coinbase announced that it would release the G Dax brand and transfer all its customers to Coinbase Pro.

Since then, Coinbase Pro has become one of the largest exchange offices in the United States in terms of popularity and trading volume. In 2010, this exchange was recognized as one of the few exchanges that reported the volume of transactions by the bitcoin asset management company.

Coinbase, the main branch Coinbase Pro, was founded in 2012 in San Francisco, California by Brian Armstrong and Fred Ehrsam. Brian Armstrong is considered one of the most influential people in the field of digital currency. Brian Armstrong first became acquainted with Bitcoin in 2010 and developed the Bitcoin market through startups.

Education related to computer science and economics and experience in programming were the main drivers of his progress in the world of startups. Finally, in 2012, Armstrong and Fred Ehrsam, a Goldman Sachs businessman, founded the famous Coinbase exchange. This made them two of the 30 most influential people in the world under the age of 30.

Both Coinbase and Coinbase Pro platforms allow transactions such as receiving, sending, buying, and selling. The difference is that the Coinbase Pro includes three margin trades, limited trade, and a stop trade, which we will deal with specifically in the following:

Important features of the Coinbase Pro platform include:

In the following, we will first examine the advantages and then the disadvantages of using the Coinbase Pro exchange:

The advantages of Coinbase Pro are:

Some examples of the disadvantages of Coinbase Pro are:

What is the transaction fee in Coinbase Pro?

However, today we see lower trading fees, such as 0.10. So, by comparison, 0.50 is even higher than the industry average. Coinbase Pro also offers discounts if trading volume is high in the previous 30 days. The minimum transaction fees in Coinbase Pro are 0.04% for the taker and 0.00% for the maker.

Since cryptocurrencies are so vulnerable to theft, platforms need to pay special attention to security. As a result, security is one of the strengths of the Coinbase Pro platform. In the following, we will discuss the unique security features of Coinbase Pro, which have been of special importance in preventing hacking and theft of this platform. 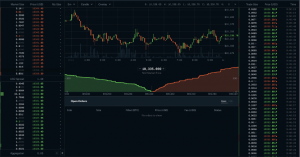 Undoubtedly, Coinbase Pro is one of the largest, most well-known, and most reputable cryptocurrency exchanges in the world. One of its prominent strengths is that it is one of the world’s most secure digital currency platforms. In addition, high liquidity has made this platform a very good option for professional traders.

However, considering all its strengths, Coinbase is currently one of the most reputable exchanges in the world, which enables the safe and efficient exchange of digital currencies.