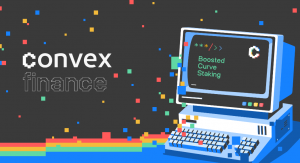 How Does Convex Finance Work? Introduction

Decentralized Finance (DeFi) is the heart of blockchain technology, where transactions are executed without intermediaries and central authorities. DeFi exchanges use self-executing protocols and smart contracts to minimize the necessity of a central server to verify and record the transactions. In the remainder of the text, we discuss two DeFi projects, namely Curve Finance and Convex Finance, and explain how the two projects are related.

Curve Finance was established in 2020 by Michael Egorov, founder of LoanCoin and co-founder of NuCypher. Curve DEX is among the top ten decentralized exchanges listed at CoinMarketCap and supports more than 50 crypto assets, mainly stablecoins. Since stablecoins have infinitesimal volatility, Curve Finance is an excellent place for traders to swap assets without worrying about impermanent loss (which happens when the price of an asset in the liquidity pool is different from its price outside the pool). Also, Curve relies on the composability of DeFi to attract liquidity providers. This quality allows Curve liquidity providers to use Curve’s native token in other DeFi platforms to earn rewards.

At the time of writing (8/29/2022), Curve Finance has a locked value worth $4.9, and its native token, CRV, is worth around $1. The asset has a circulating supply of 537,372,110 tokens, approximately 16% of the max supply (3.3 billion tokens). Regarding the all-time chart, the token’s price has been ranging from $1 to $6, but it has seen an ATH of around $60. The token serves as a voting right to CRV holders and a reward for stakers which varies based on the staked amount and duration.

Convex Finance is a platform built on top of Curve Finance by anonymous developers to optimize the earnings from Curve DEX. The Convex platform allows Curve liquidity providers to earn a percentage of the trading fees without having to stake their CRV tokens. Convex’s role is maximizing traders’ rewards which is not practically attainable on the Curve platform. Put another way, the yield produced by Curve follows a confusing procedure that might baffle the newcomers. Convex aims to simplify the process and boost the traders’ yields produced in Curve. Another Convex objective is to lock as many CRV tokens as possible to gain control over Curve Finance. Convex currently has a Total Locked Value (TLV) of $4,181.1 million in Curve’s liquidity pools.

CVX is the native token of the Convex ecosystem. The token is minted on a one-one basis for every CRV token claimed on Convex Finance by Curve’s liquidity providers. The primary use of the token is earning a portion of Curve DEX’s CRV earnings through staking. By way of explanation, traders can stake CVX; the staked amount will be used to lock CRV LPs, and traders will receive CVXCRV in return. This way, CRV is held within the system, and traders receive their rewards in CVXCRV which they can swap with CRV in the Curve DEX.

CVXCRV is another token used in the Convex ecosystem. The token combines the rewards Convex and Curve, as explained above. The token is the 5,000th listed token at CoinMarketCap and has a value of around $1 and a market cap worth $31,448,811. Currently, 31,727,030 CVXCRV tokens are in circulation, as reported by Convex developers, and the max supply is not given.

The Benefits of Convex Finance

Convex helps traders get more of their CRV tokens either by providing liquidity or staking the tokens. Traders can deposit their Curve LP token into the Convex app. This will automatically boost the deposited amount because other traders have locked their CRV tokens with Convex. The boost continues as long as the tokens are in the pool, and traders can claim their reward or withdraw their Curve LP tokens whenever suits them without paying any transaction fees. Of course, a small performance fee is used to pay for gas and distributed among Convex native token stakers.

The second way Convex benefits CRV holders is through staking. Traders can either stake their CRV tokens on the Curve platform and receive veCRV, which is boosted by a share of Curve’s trading fees or stake their CRV token on Convex and receive CVXCRV tokens in return. As the name suggests, CVXCRV incorporates the characteristics of both Convex and Curve native tokens and thus, allows traders to enjoy the rewards provided by Curve as well as a share of Convex’s earnings.

The Drawbacks of Convex Finance

The Convex platform is relatively plain, and while some professional users might find it practical, other less experienced traders might find it challenging to use the platform, especially with no tutorials around. Another point to make here is that the project’s token value is dependent on CRV and has no intrinsic value. Therefore, CVX holders must add CRV to their watchlist to have a clear image of their investment.

Generally, trading in DeFi markets requires more expertise compared to centralized crypto platforms. In the case of Convex and Curve Finance, it is evident that there is a close relationship between the two projects, and traders must take the time to understand how this relationship works. Overall, investing in Convex is recommended for professional traders who have an average understanding of the DeFi domain and are familiar with notions such as liquidity pools, automated protocols, etc.