Source: FXCC Forex Broker (Review and FX  Rebates up to 85%) 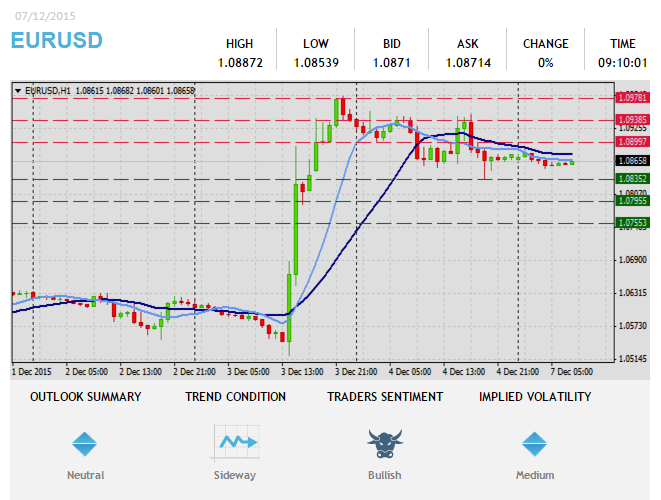 Upwards scenario: Neutral hourly tone points towards to further consolidation pattern. However, possible buying interest might arise above the resistance at 1.0899 (R1). Clearance here would suggest next intraday target at 1.0938 (R2) and if the price holds its momentum we can expect an exposure of 1.0978 (R3). Downwards scenario: Risk of price weakening is seen below the important support level at 1.0835 (S1). Clearance here would suggest next support level at 1.0795 (S2) and then final target could be exposed at 1.0755 (S3) later on today.

EURUSD needs to hold above 1.0890 level being the intraday Pivot Point if the price action is to continue the downward move