Source: FXCC Forex Broker (Review and Forex Rebates Up to 85%) 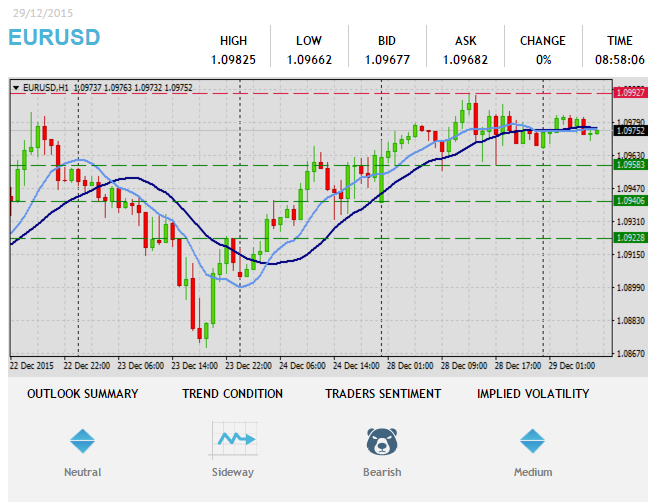 Upwards scenario: Neutral hourly studies point towards to further consolidation pattern, with a break of next resistive structure at 1.0992 (R1) is required to spark stronger upside action. In such case we would suggest next initial targets 1.1013 (R2) and 1.1031 (R3). Downwards scenario: Any downside fluctuations remains for now limited to the next support level at 1.0958 (S1), only clear break here would be a signal of further market easing towards to next targets at 1.0940 (S2) and 1.0922 (S3) in potential.

EURUSD needs to hold above 1.0973 level being the intraday Pivot Point if the price action is to continue the upward move.

The Euro traded marginally lower against the US Dollar in the New York session yesterday, with the pair closing the session at 1.0969. The pair is expected to its find support at 1.0954 and its first resistance at 1.0989.