A Review of Fantom Cryptocurrency

Fantom Cryptocurrency is a Decentralized Finance (De-Fi) smart contract platform designed to carry out transactions quickly, safely, and with low transaction costs. The project was launched by Ahn Byung Ik, a South Korean computer scientist, and the present CEO of the foundation is Michael Kong, an IT graduate of the University of Sydney. The team behind the project consists of professional full-stack blockchain developers and IT specialists who are determined to reach the project’s targets.

Fantom’s consensus is called Lachesis, a blockchain algorithm characterized by asynchronicity, absence of central authority, and quick response time. Moreover, Fantom’s consensus follows the asynchronous Byzantine Fault-Tolerant (aBFT) protocol, a feature that enables the blockchain to function efficiently despite the presence of invalid nodes in the network.

Fantom Cryptocurrency claims to be the solution to the Blockchain Trilemma, which represents the idea that security, speed, and decentralization cannot cooperate in a network simultaneously without any tradeoffs. For example, the Bitcoin blockchain is by large decentralized and secure, but the transactions are relatively slow and expensive. Fantom has addressed the problem by creating a platform based on the aBFT consensus that allows for fast and secure transactions to be carried out in a ‘leaderless’ and ‘permissionless’ environment. Additionally, the finality process in Fantom’s Lachesis takes only one or two seconds. In contrast, in Nakamoto consensus (Bitcoin), finality takes about 30 to 60 minutes, and in the Ethereum blockchain, it takes 5 to 10 minutes. Finality here means that a transaction is carried out completely and cannot be reverted.

Fantom Cryptocurrency has also developed an open-source and permissionless system called Opera Chain for creating Decentralized Applications (dApps), which has been up and running since December 27th, 2019. Fantom’s Opera is compatible with Ethereum Virtual Machine (EVM), allowing ETH smart contracts to run on Opera more smoothly with added security and scalability. Fantom aims to increase the compatibility of its network to host all transaction bodies around the world.

FTM is the native token of the Fantom project. The token uses the ERC-20 standard but cannot be directly used in Opera Chain, and the user must first Swap the tokens with mainnet FTM. The token also is available on Binance Chain using the BEP-2 standard. This diversity of the standards is aimed at ease of trading.

Fantom Status in the Market

The Advantages of FTM Tokens

1- Increasing network security: the most essential feature of FTM is the use of the Proof of Stake (PoS) protocol to secure its network. Each validator node in the network should be the holder of at least 3,175,000 FTM tokens (making fraudulent activities extremely expensive), and in return, they would receive epoch rewards.

2- Reducing transaction fees: FTM transactions have immediate finality and cost a trivial amount of $0.0000001. Also, validators and stakers would get discounts on their FTM transfers. The fee structure is designed to reduce transaction costs while posing a costly obstacle in the way of spammers and malicious actors who would waste network resources with useless blocks.

3- Voting in On-chain Governance: Fantom has a permissionless and leaderless structure, and FTM holders can vote on the project’s plans and policies, such as block rewards, technical matters, etc., and what weighs the votes is the amount of held FTM. Basically, 1 FTM equals one vote.

4- Paying for the service: FTM is used to pay the price for deploying or creating dApps in the Fantom blockchain network.

5- Availability: the token is listed in popular exchanges such as Binance, FTX, Gemini, etc., and traders can easily trade the token.

The Disadvantages of FTM Tokens

1- Staking Rewards: the FTM staking rewards are 14% APR, but thanks to the dynamic reward policy, the percentage would decrease as the number of FTM stakers and the amount staked FTM tokens increase.

2- The novelty of the Fantom: Fantom project has come to life since the beginning of 2020, and despite the project’s promising plans, it should still stand the test of time.

3- The competition among projects: there are other similar projects, such as Ethereum and Neo, and these competitors can intimidate Fantom investors.

4- DeFi administration: Fantom is a DeFi project which offers bank-like services, but the absence of a central authority can result in a lack of regular service and user protection against financial risks.

Crypto market analysts have forecasted different horizons for the future of FTM. Most price predictions for 2022 indicate that FTM will not break the $2 resistance, while some analysts believe the price can see $3. According to DigitalCoin, the FTM price is predicted to have a long-term bullish trend, and in 2025 the price will fluctuate between a minimum of $2 and a maximum of $2.5.

WalletInvestor has also foreseen new ATHs in 2025 and claims that the FTM price will be moving between $6 to $7. Longer predictions of FTM value are not harmonious. For example, DigitalCoin does not anticipate a bright future for FTM and believes that by 2030 FTM tokens will be traded for $5 to $5.5. However, other crypto market predictors such as PricePrediction have forecasted an average trading value of $36 in 2030. 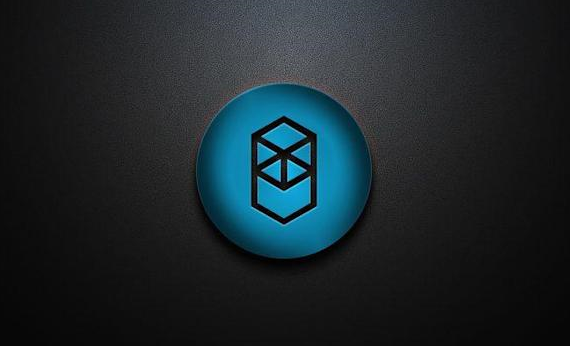 The cryptocurrency market can be highly volatile, and the traders must choose their assets based on their strategies. Fantom is a worthwhile project aimed at decentralization, scalability, and acceleration. If Fantom can elbow out other similar projects in the fierce competition, it will be profitable in the long run. Thus, traders who desire short-term returns should invest in other altcoins.