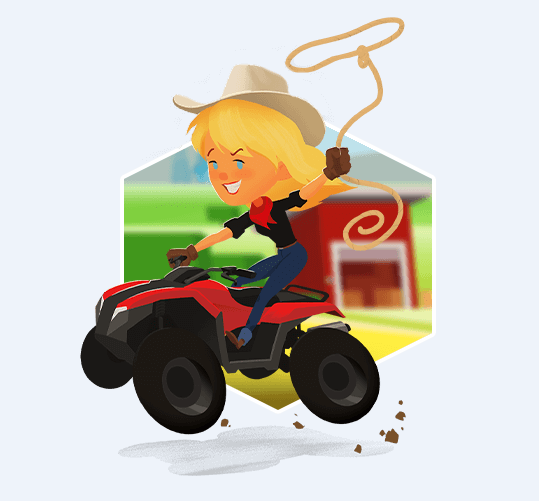 A Review of the Gala Project – Introduction

Blockchain technology has touched our lives in the last decade through different means. Games are one fun example of applying blockchain in our everyday life; they can bridge the gap between Web 2 and Web 3 generations. Blockchain games are video games that have some characteristics of cryptocurrencies or NFTs. Players can trade in-app features with each other or buy them with fiat currencies. The developers take a percentage of the transactions to profit from the project. Of course, a subset of the blockchain games called play-to-earn has a scheme that allows players to gain rewards in the blockchain’s native token.

The Gala project was founded by Eric Schiermeyer in 2019 to signify the entertaining aspect of blockchain networks. Fortunately, the project’s CEO has a successful background experience in the video games domain. Eric, a California University alumnus, is also the co-founder of Zynga, a mobile game developer company famous for games such as Poker, Mafia Wars, and Farmville. Currently, he manages a team of more than 90 members that maintain the platform in different aspects.

Next on the list, Jason Brink is the president of blockchain gaming and has been involved in the crypto world since 2013. Sarah Buxton is another executive on the Gala team. She is the COO of Gala Games and the CEO of Gala Music, with 15 years of managing experience. Gala’s president of games is John Osvald. He has background experience as a designer in Zynga in the early 2000s and the head of products at the EA mobile division. Michael McCarthy is also the president of games with a successful prior experience developing Farmville 2, one of Zynga’s popular games. Last on our list, Warren Marshal is a 3D designer and has joined the Gala project in the art director position. He has around 20 years of experience designing games and has worked for high-profile game studios such as Fortnite.

How Does the Gala Platform Work?

The Gala platform is like the Steam Store, where there are several games that the players can select. The difference, however, is that the Gala games are free and developed as dApps on the Ethereum blockchain. The project aims to give the players control of their games by creating different genres of games such as adventure, strategy, survival, etc. the motive is to make gaming available for everyone who has a knack for it.

Holders of Gala’s utility token (GALA) can use it (1) to run player nodes, (2) play Gala games and buy in-game tools and utilities, and (3) vote on the games they want Gala to design. (4) Gala holders also have a say in the project’s funding mechanism and how it should be spent. The Gala ecosystem also includes an NFT store that supports all games’ assets. Additionally, the platform allows players to earn NFTs for playing the various games listed on the platform. So far Gala platform has empowered 14 games, three of which are developed by Gala developers.

What are the Games Developed by Gala?

Gala has released three decentralized games so far: Town Crush is the first game on the Gala blockchain and is currently in the test stage. The Gala community can play it for a limited time to observe the project’s capabilities. They also receive TEST tokens (which are inconvertible and untransferable) for playing Town Crush. The game resembles the popular android Fruit Smash and is designed to run on a web browser. The second game, which is released as a beta version, is Town Star. This play-to-earn game is in the simulation genre, and the gamers are supposed to build a city using Town Star NFTs and receive TownCoin in return.

Everyone with access to a browser can play Town Star for free. Last but not least is an epic fantasy role-playing game (RPG) with an attractive design called Mirandus. Players can take the roles of avatars in the limitless world of Mirandus, purchase land deeds, and secure their place in Mirandus by finding Materium, a secret substance that players can use to boost their character and claim more land. Moreover, in-game assets are an integral part of the game in that they allow players to claim parts of the Mirandus realm and build anything they can afford, from a simple farm to a magnificent city, to earn revenue. Of course, the game is designed for the PC and is still in the development stage.

What are Gala’s Advantages?

User-based platform: The Gala team is relentlessly in touch with the Gala community members on Discord and benefits greatly from users’ feedback to improve the project.

Security: The Gala platform is secured by a custom security scheme called Founder Nodes. The system’s safety is guaranteed by 15,000 nodes that verify the in-game transactions and receive rewards based on the active time.

Recruitment: A critical factor in any project’s success is whether the developers have what it takes to constantly advance the project. The Gala project enjoys a team of well-rounded expert developers and designers with successful prior experience that can reassure a bright future for the project.

What are Gala’s Disadvantages?

Transparency: one of the problems with the Gala project is its lack of transparency and the absence of understandable Documentation and Roadmap. Potential investors would have to get the information on Discord and the platform’s support page, which is not easy to find. This may result in repelling prudent investors and attracting only players who focus more on the games than the project’s theoretical foundation. Moreover, it is unclear what the Founder Nodes do, considering the Gala’s low requirements (i.e., 4 GB RAM, 2 CPU cores, 60GB storage, and stable Internet connection) for running a node for Gaming purposes.

Developers’ intervention: Gala developers do not tolerate players’ use of bots in the games, which would naturally require a monitoring process to prevent such attempts. While it is a necessary, fair play policy, it also suggests interference from a central entity in a decentralized environment.

The Gala project is the revelation of blockchain technology’s fun aspect. The project is developed by a highly skilled and experienced team, benefits from an active community, and has a good use case. Most of the project’s characteristics promise a bright future for Gala. However, it is still a risky investment considering the volatile nature of the cryptocurrency market. Overall, the Gala blockchain can be a charming platform for gamers who want to earn something while entertaining themselves.

Disclaimer: Please note that the above info is gathered solely for educational purposes and is not financial advice.