Gold Technical Analysis – Gold markets initially trying to rally during the course of the session for Friday, but turned right back around to form a bit of a shooting star. We are still well within the hammer from the Thursday session though, and if we can get a move above the $1260 level, the market should continue to grind its way higher. We don’t have any interest whatsoever in selling this market, as there seems to be a lot of noise all the way down to the $1200 handle. Ultimately, we are simply waiting for an opportunity to go long. 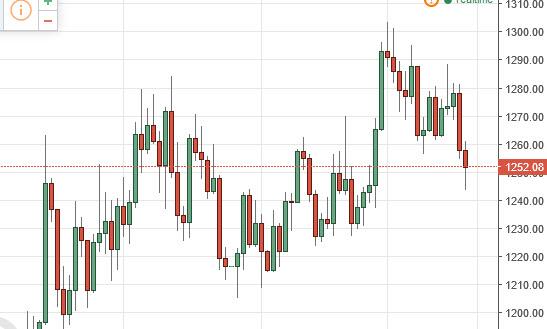 Source: Fxpro Forex Broker (Review and Forex Cashback Up to 85%)

About FxPro
FxPro was founded as EuroOrient Securities & Financial Services Ltd in 2006 in Cyprus by Denis Sukhotin. FxPro began its expansion with the opening of representative offices in Austria, France Spain and Russia In 2010, FxPro was granted regulation and licensing by the UK’s Financial Conduct Authority (Financial Services Authority at that time) and opened its London office.

In 2011, the company opened an office in Australia, however it shut this down in March 2013 and moved those clients to its Cyprus and UK operations after new capital regulations came into force in Australia.In 2011, FxPro started offering electronic communication network (ECN) trading access to some of its clients. In 2012, FxPro moved away from being a market maker in favour of a no dealing desk (NDD) or agency model. This means that trades are now passed straight through to liquidity providers.