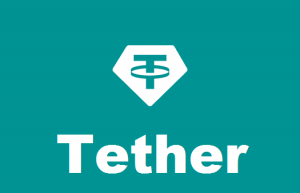 Tether is a stablecoin. A stablecoin is a currency that always has a constant value and price in the market. The value of each Tether unit is always equal to $ 1 .Tether is a cryptocurrency based on the Ethereum ERC20 network. That is, Tether is a subset of Ethereum. Originally, Tether was  based solely on the Omni platform. This platform was used for digital assets linked to the Bitcoin blockchain.

Tether was officially launched in 2010 when tech experts believed that the Bitcoin blockchain could handle a variety of digital currencies on its platform. Realcoin and  Bitfinex exchange operated on the Bitcoin blockchain as a platform for Fiat currencies (such as the dollar, euro, and yen). Eventually, the efforts of these two groups paid off and Tether came into being.

IFinex is the creator of this cryptocurrency. The company owns the Bitfinex cryptocurrency exchange. iFinex released Tether as Realcoin in 2014  using the Omni-Layer protocol on the Bitcoin blockchain and later renamed it Tether. Shortly afterwards, trading of this stablecoin began on the Bitfenix exchange. Tether is currently available on blockchain networks such as EOS, TRON and Algorand under the TRC20 standard.

What are the advantages of Tether over other stablecoins in the market?

Numerous applications of Tether stem from the unique features of this stable coin.  Special features that distinguish it from other stable coins are as follows:

What are the disadvantages of Tether over other stablecoins in the market?

Besides these advantages, Tether also has some disadvantages. One of these shortcomings is that governments and institutions do not recognize USDT. There is also concern that the digital currency economy will be confined to the centerality of the dollar.

Joining Bitfinex users to Tether users can also be an issue. This is because Bitfinx is a large exchange that allows some margin trading using USDT. In addition, the dollar-to- Tether ratio is not always stable which raises concerns.

What is the reason for the popularity of Tether in the crypto market?

The secret of Tether popularity is its price stability and the ease of converting it to other currencies. In addition, the following factors also contribute to the popularity of this stable coin.

What kind of Tether is more effective in the current situation?

As Tether grew in popularity, different forms of it have appeared. The Ethereum-based erc20 and Tron-based trc20 are among the most popular and widely used Tether in the digital currency market.  Erc20 is the most common token on the Ethereum blockchain. This token is used for payment functions in this blockchain.

Erc20 can also be used to pay for goods and services. In contrast, Trc20 is a token generation standard in Tron blockchain. High speed and low fees are the main features of Trc20.  In general, considering the cost and speed of transactions, it can be said that Tron-based trc20 is currently superior to Ethereum-based erc20. The only advantage of erc20 over trc20 is that it is better known. However, the choice and use of different types of tethers depends entirely on the trader’s view of the market and trading.

Tether is one of the most popular stable coins in the market. To many Bitcoin followers and fans, Tether is unfavorably close to Fiat banking system. While some may think that the issues and challenges of this currency need to be seriously considered, this stable cryptocurrency is the best option for maintaining the value of assets in market fluctuations. Stability and security are among the important advantages of this currency in the crypto world. In the volatile world of cryptocurrencies, value stability is a fundamental strength. Therefore, Tether is a stable and valuable currency.