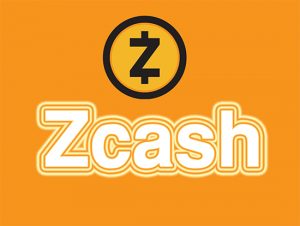 ZeroCash, or more famously Zcash, was founded in 2015 by Zooko Wilcox in Denver, Colorado, and it was operationalized on October 28th, 2016. The project was created to provide an environment for payment services with a focus on security and anonymity. Zcash is the descendent of ZeroCoin, which was operationalized in 2013. Zcash is built on the Bitcoin codebase and uses the Equihash consensus. Equihash is a PoW consensus, but it makes Zcash easier to mine compared to Bitcoin. In 2014, Zcoin underwent significant modifications, and eventually, Zcash emerged from the project. Anonymity on crypto blockchains, including Bitcoin, is realized by using address pseudonyms instead of the real address. However, Zcash conceals the transaction’s sender, recipient, and value. The transaction details are only visible to those with the correct view key.

Who are the Founders of Zcash?

Zooko Wilcox is a computer security specialist, Cypherpunk, and the CEO of the Electronic Coin Company (ECC), the company that does the development work for Zcash. His first work in the cryptocurrency domain dates back to 1996. He has designed several network protocols with features like self-contained economies and secure reputation systems. He is also the co-creator of Blake 3.0, a multifunctional cryptographic algorithm. As Zcash’s CEO, he requested Rand Cooperation conduct a study to determine whether ZEC, the native token of the Zcash project, was being used for illegal purposes or fund criminal activities, the result of which indicated that it was not. Regarding other members of Zcash, there is no reliable info which is not strange considering the blockchain’s focus on anonymity.

How Does Zcash Work?

Zcash is based on Zero-Knowledge proofs that allow users to confirm a transaction without revealing the transaction information. Zcash uses the zk-SNARKs (Zero-knowledge Succinct Non-interactive Argument of Knowledge) variant of such proofs. Based on this model, verifying a statement does not require any information other than the transaction’s validity. That is, one party can prove to the other that a given transaction with a specific value exists without disclosing any further details. The zk-SNARKs protocol also accelerates the transfers on the Zcash blockchain, and the transactions can be verified within a few milliseconds.

What is the Zcash Blockchain’s Native Token?

ZEC is the native token of the Zcash blockchain. The asset is among the first 100 listed tokens at CoinMarketCap (ranked 53). Like BTC, ZEC has a maximum supply of 21 million tokens, and the mining rewards are cut in half every four years. As of today, each ZEC is worth $60, with a daily volume of around $86.7 million and a market cap of $911,136,263. The asset had once touched an ATH of $5,941, and on its worst day, its value descended to $18.9. Moreover, the token has high liquidity ($15.2 million circulating supply) and is listed by popular exchanges, including Binance, CoinEx, and Huobi Global.

What are the Zcash Advantages?

Transaction Fees: transfers in the Zcash blockchain cost an infinitesimal fee of .0001 ZEC.

Encrypted Memos: shielded transactions include a memo field that the sender can use to add encrypted information or instruction for the receiver. The feature complies with the Bank Secrecy Act Travel rule.

View Keys: the option allows the sender to disclose the details of a transaction and the encrypted memo for regulatory compliance or third-party auditing, but the sender’s address is not visible. In other words, a Z-address owner can decide how much information they want to reveal and with whom.

Multi-signature transaction: the feature is currently specific to transparent transactions, requiring two or more parties to confirm the transaction before funds are transferred.

Decentralized Network: Zcash is operated by a large number of nodes, and the transaction information is not stored on a central server. This eliminates system failures and attack probability on the network.

What are the Zcash Disadvantages?

Misuse: The platform’s focus on privacy and anonymity is what makes it stand out as a crypto project. However, it arouses the biggest concern about the project as well. The transactions on the Zcash blockchain are virtually untraceable, which makes ZEC tokens an attractive currency to fund criminal activities.

Mining: Zcash supports domestic mining meaning that users can use their computers to mine ZEC blocks. However, domestic mining is not cost-effective since Zcash is developed based on Bitcoin source code and therefore supports ASIC miners, which mine blocks at fast rates, and of course, consume a lot of electricity. Moreover, Zcash domestic mining is primarily designed for Linux users.

Zcash is in full accord with the nature of blockchain technology, i.e., decentralization and anonymity. Shielded transactions constitute the novelty of the Zcash project and help the platform’s users go entirely incognito. The concerns regarding the asset’s potential misuse are biased since all good things can be used for the wrong purpose. Also, regarding the asset’s technical limitations, it must be mentioned that the project has issued several useful updates so far, and it is not going to stop.